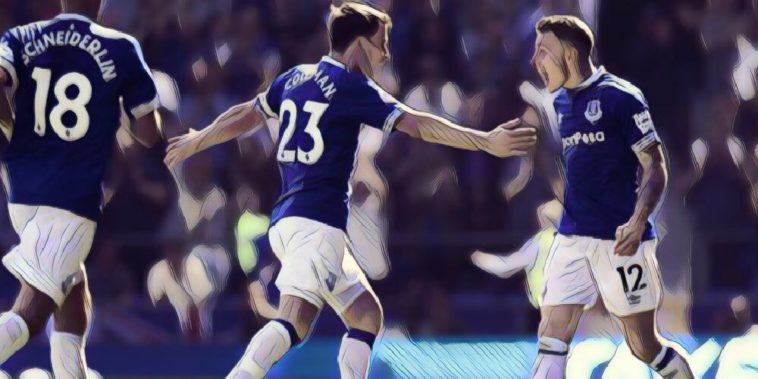 The dust has settled on another Premier League season, with Manchester City coming out on top following the first real title race for many seasons. Promoted Wolves shone to finish seventh, whilst it was bad news for Cardiff, Fulham and Huddersfield who drop into the Championship.

With the season having reached its conclusion, we decided to look at some of the best stats from the 2018/19 season with a look at the league’s cross kings.

For all the talk of Liverpool’s potent front three, sometimes the simplest route to goal can be a cross into the box.

The Golden Boot finished as a three-way tie this season, with Arsenal‘s Pierre Emerick-Aubameyang sharing the award with Liverpool duo Sadio Mane and Mohamed Salah.

Salah and Mane hit 22 goals each for the campaign, as a result of some excellent service. Mane was perhaps the biggest beneficiary of crosses with over 25% (6) of his league goals coming from headers.

Jurgen Klopp’s runners-up hit the fifth most crosses in the division with 721, with full-backs Andy Robertson and Trent Alexander-Arnold a key component of their attacking play. The pair were amongst the highest assist providers in the division following their service from wide positions, notching 23 assists between them.

The West Yorkshire side endured a miserable second season in the Premier League, returning to the Championship having finished bottom with just 16 points.

The Terriers put in 769 crosses throughout the campaign, the fourth-highest in the division, though mustered only 22 goals all season.

6ft 3 forward Laurent Depoitre failed to manage a single goal in 23 league appearances, showing perhaps quality over quantity of crosses would have served David Wagner and Jan Siewert’s side better in a season of struggle.

A perhaps surprising team to feature on this list, with the Foxes more familiarly recognised for using the pace of Jamie Vardy in their attacking play.

Having begun the season under Claude Puel, Leicester brought in Brendan Rodgers in the second half of the season with fans having grown disillusioned with the Frenchman’s style of play.

The champions feature highly on this list, with their sheer attacking dominance in the majority of fixtures increasing their statistics here.

Just one side crossed the ball more times than the Manchester side, who scored a league-high 95 goals throughout the campaign.

Key beneficiaries were Sergio Aguero and Raheem Sterling, with the duo having netted 38 league goals between them.

Delivery from wide from players such as Sterling, Bernardo Silva and Leroy Sane are key factors in the attacking play of Pep Guardiola’s side, though bizarrely Man City have no players in the top 20 crossers of the Premier League season.

The cross kings from the 2018/19 season are Marco Silva’s Everton, who are the only side to put in more than 800 during the campaign.

Leading the way for the Merseyside club was left-back Lucas Digne, who crossed the ball a league-high 280 times, that’s an average of eight crosses per game

Ably supported by set-piece specialist Gylfi Sigurdsson (196), Everton’s forwards had an abundance of service throughout the season.

Everton boss Silva is believed to be targeting a prolific forward this summer, with the club having failed to properly replace Romelu Lukaku since his £75m departure to Manchester United in 2017.

Should the club acquire a player prolific in front of goal, they will find plenty of service at Goodison Park as the club look to challenge the top six.

See also: The five Premier League players with the most passes in 2018/19