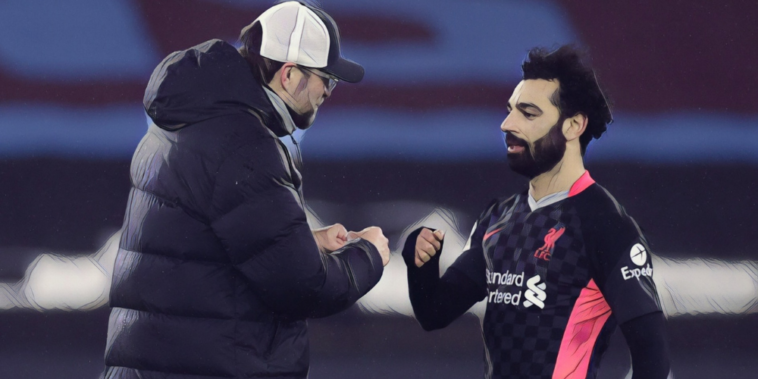 The 2020/21 season continues to surprise and the Premier League’s weekend action provided a number of remarkable results, including a hopelessly out-of-form Newcastle upsetting Everton and Brighton finally winning on home soil.

Manchester City and Liverpool strengthened their title credentials with three points against Sheffield United and West Ham respectively, though both Manchester United and Leicester lost ground after failing to win.

Elsewhere Thomas Tuchel’s reign got up and running at Chelsea, whilst Wolves winless run extended to eight Premier League games after slipping to a narrow defeat at Crystal Palace.

Following the latest round of fixtures we’ve picked out some of the leading performers, here are eight Premier League players who shone this weekend:

Wilson decided that Newcastle offered him the best opportunity of success and regaining his place in the England squad and whilst in hindsight that decision may be tinged with regret, the Magpies will be delighted to have secured the signing of a player who may well just keep them in the division.

The 28-year-old starred as Steve Bruce’s side shocked Everton with a 2-0 win at Goodison Park, scoring both goals and twice hitting the woodwork in a complete centre-forward performance that helped move Newcastle eight points clear of the relegation places.

Wilson worked tirelessly leading the line and linked the play for midfield runners, whilst his first goal was a thing of beauty as he rose brilliantly to head home Jonjo Shelvey’s corner to open the scoring.

The swivel, the power, the precision. All superb from Callum Wilson 🙌

A BIG goal for the Toon Army! pic.twitter.com/LoQen5ux4H

The England international raced clear to net his 100th career goal with a second in stoppage-time, moving to 10 league goals for the season in an impressive debut campaign at St James’ Park.

Wilson has now been directly involved in 67% of Newcastle’s league goals this season (10 goals, four assists) and his summer signing is shaping as one of the shrewdest pieces of business across the division.

Another player whose performances this season may just warrant international inclusion, Patrick Bamford’s superb season continued with a fantastic individual performance in Leeds’ win at Leicester.

Leeds upset the odds to secure their most impressive result since returning to the Premier League, coming from behind to secure a thoroughly deserved three points at the King Power Stadium.

It was Bamford who was the architect of their success as he laid on the opener for Stuart Dallas’ equaliser, before rifling home his 11th league goal of the campaign with a thunderous strike beyond Kasper Schmeichel.

The 27-year-old then registered his second assist of the game with an unselfish pass into Jack Harrison when clear on goal, a goal that symbolised the team-first mentality of a Leeds side continuing to make forward strides with largely the same group of players who earned promotion from the Championship.

Marcelo Bielsa deserves huge credit for the faith shown in a number of players who continue to play fearlessly against the Premier League’s best sides, Bamford’s brilliant breakthrough season at this level a testament to both the player and his manager’s dedication to hard work and improvement.

Mohamed Salah’s phenomenal consistency saw the forward return to goalscoring form this weekend, ending a run of six games without a goal with a wonderful double in Liverpool’s 3-1 win at West Ham.

After a frustrating first half the Egyptian burst into life during the second period and provided a timely reminder why he’s arguably the most dangerous attacking talent in the division.

Salah opened the scoring in signature style as he jinked into the West Ham box before curling a left-footed finish beyond Lukasz Fabianski, before doubling the visitor’s advantage with a sensational touch and finish following a quick-fire counter from the champions.

The 28-year-old’s goals mean he has now scored 15 or more in the past five league seasons of his career, whilst he became the first Liverpool forward since Ian Rush to score 20 goals in all competitions in four consecutive campaigns.

After a mini-drought this was Salah back at his brilliant best and he will take some stopping in his pursuit of a third Golden Boot in just four seasons, the star now three clear of both Harry Kane and Son Heung-Min in his bid to finish as the division’s leading scorer.

Emiliano Martinez’s performances for Arsenal last season contributed towards the club’s FA Cup success and left the north London side with a goalkeeping dilemma, the long-term understudy having proven he could compete with Bernd Leno for the number one shirt.

Keen to ensure a guaranteed starting role the Argentine left in a £20m deal last summer and Arsenal’s loss has certainly proven to be Aston Villa’s gain, Martinez establishing himself as one of the signings of the season as the club’s last line of defence.

The 28-year-old produced another stellar goalkeeping display as Dean Smith’s side boosted their hopes of securing European football with a 1-0 win at Southampton, coming away with a fortunate victory courtesy of some contentious decisions and the showing of their number one.

Martinez made a string of saves including four from inside the penalty area, denying both Che Adams and Jan Bednarek in addition to making a late stop from Ryan Bertrand as the Saints searched for an equaliser.

🗣"That is why we brought him in"

Aston Villa boss Dean Smith was full of praise of goalkeeper Emiliano Martinez after his impressive performance against Southampton pic.twitter.com/7MEpLEfTIz

The goalkeeper now trails only Manchester City’s Ederson in the race for the Premier League’s Golden Glove with his latest shut-out seeing Martinez become the first Aston Villa keeper to keep 10 clean sheets in a top-flight season since Brad Friedel in 2008/09.

It has taken a little while but there have been some encouraging signs from Alexis Mac Allister, who has grown in stature and influence after making his fourth consecutive league start this weekend.

The 22-year-old was impressive in Brighton’s 1-0 win over Tottenham as the Seagulls finally secured a first home victory of the season, his willingness to take possession and make things happen adding a different dynamic to the club’s midfield.

Mac Allister has already won two senior caps for Argentina and his ability was evident in a forward-thinking midfield role at the Amex Stadium, playing his part in the game’s only goal and continually posing problems for the visitor’s defence.

Graham Potter will have been pleased with the youngster’s work ethic as he covered the ground in an advanced position, the midfield trio of Yves Bissouma, Mac Allister and Man of the Match Pascal Gross possessing the ingredients to trouble opposition sides.

Mac Allister’s decision making is in need of improvement with the midfielder unafraid and perhaps unwise to shoot on several occasions, but this was undoubtedly a positive display from a young player who could yet play a crucial role in Brighton’s bid to survive.

Jordan Henderson led Liverpool to a second successive away win with another assured performance as the Reds’ makeshift centre-back, coming through a difficult test at West Ham in fine style.

The 30-year-old handled the threat of Michail Antonio despite his unfamiliarity with the deeper position, whilst his leadership and organisation was crucial alongside the inexperienced Nathaniel Phillips as he barked out instructions to those around him.

Henderson’s passing ability allowed the Reds to play out from the back comfortably and he almost provided an assist with a perfectly-weighted long pass into Mohamed Salah, whilst he showed his willingness to engage in the tougher side of centre-back play after being clattered following one brave defensive header.

This weekend’s clash saw Liverpool face a West Ham side who had thrived from set-pieces but the Reds came through relatively unscathed, Craig Dawson’s goal little more than an annoyance as the champions secured three points at the London Stadium.

Milner had a warning for Jordan Henderson after another solid display in defence 😂 pic.twitter.com/W5qpg31dXn

Henderson’s continued willingness to plug a gaping hole in his side was hugely influential to that, as was a typically selfless display from Georginio Wijnaldum whose contract situation appears no closer to a resolution.

The indefatigable 30-year-old incredibly made his 30th appearance of the season already at West Ham and his looming exit shapes as a massive blow to Jurgen Klopp and his squad.

Crystal Palace inflicted more misery on struggling Wolves with a 1-0 win at Selhurst Park this weekend, the difference between the two sides a moment of real magic from Eberechi Eze.

Eze starred in the second tier last season before securing a £16m move to Crystal Palace last summer, an investment that has proven a smart piece of business for the Eagles and one which has added genuine match-winning quality to their ranks.

The 22-year-old started centrally before drifting wide and his roaming made him a nightmare for Wolves to pick up, with Roy Hodgson stating his belief post-match that the youngster will one day be good enough to represent England at senior level.

Hodgson’s comments came after watching Eze net his third league goal of the season in fine fashion, feinting onto his left foot before drilling a powerful finish beyond Rui Patricio to seal all three points.

❤️💙 All three of Eberechi Eze's #PL goals this season have come at Selhurst Park#CRYWOL pic.twitter.com/NUFEeI1FUa

It’s now three goals and two assists for the youngster since his summer signing, but there is promise for plenty more given the midfielder’s growing influence on this Crystal Palace side.

The utility man may be a dying breed in Premier League circles, but Stuart Dalles remains one of the best in the business and Leeds’ Swiss Army knife of a midfielder outlined his importance to the side once again this weekend.

Dallas has played a number of positions this season including both full-back roles and further forward, though the Northern Irishman was deployed as a midfield runner for Leeds’ impressive win at Leicester this weekend.

The 29-year-old’s dynamism and energy proved key to the visitor’s comeback win at the King Power Stadium, with Dallas firing home a well-taken equaliser after bursting beyond lone forward Patrick Bamford.

Dallas worked tirelessly out of possession and was calm and composed on the ball, producing one of his best performances in a midfield role with his box-to-box energy and drive crucial to Marcelo Bielsa’s side.