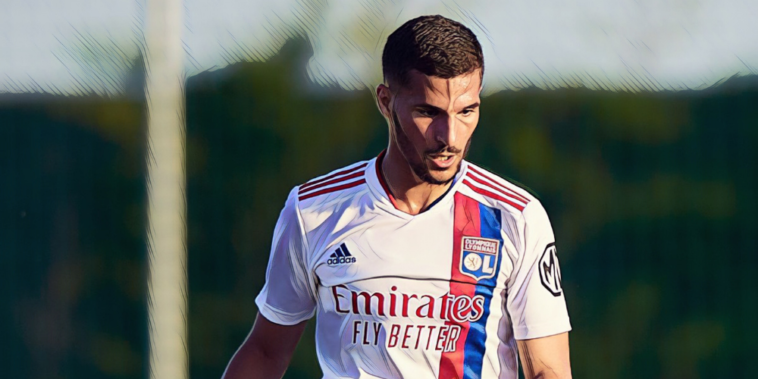 Tottenham are set to make a move for Lyon midfielder Houssem Aouar as the club look to strengthen their midfield options before the closure of the transfer window.

Aouar has been regularly linked with a move to the Premier League in recent seasons and has been a long-term target for north London rivals Arsenal, whilst both Liverpool and Manchester City have previously been credited with an interest in the player.

The 23-year-old has been made available for transfer by Lyon this summer and Spurs are set to make a move for the talented star, who scored seven goals and provided three assists in Ligue 1 last season.

The Mirror are reporting that Aouar is one of a number of players placed on the transfer list at Lyon, with Arsenal’s deal for Martin Odegaard boosting Spurs’ chances of landing the midfielder.

Nuno Espirito Santo is also keen to add a centre-forward to his options before the August 31 deadline, though negotiations over a deal for Fiorentina’s Dusan Vlahovic have hit a stumbling block.

The representative of the 21-year-old – who scored 21 league goals in Serie A last season – wants a clause inserted into his contract allowing the Serbian to leave next summer.

Atletico Madrid are also understood to be interested in the forward who will reportedly command a fee in the region of €60m.