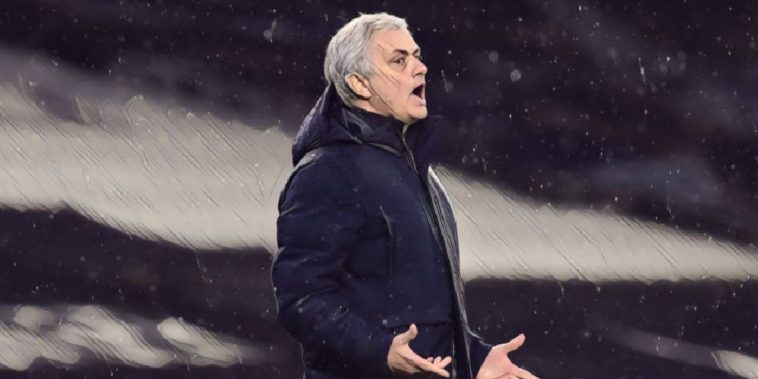 Tottenham players are reportedly ‘losing patience’ with Jose Mourinho and his public criticism of the squad following the manager’s latest comments.

Mourinho was once again critical of his side following Spurs‘ 2-2 draw at Newcastle on Sunday, the north London side missing the chance to move into the Champions League places after conceding a late equaliser to the struggling Magpies.

Speaking after the game at St James’ Park, Mourinho was asked why his current side have struggled to hold onto leads in comparison to some of his teams coached at former clubs, a question in which the Portuguese simply replied “same coach, different players”.

That assessment has been viewed as the latest dig at his current options with Mourinho having regularly questioned the ability of his Spurs squad, who currently sit sixth in the Premier League and are three points adrift of the top four with eight games to play.

The Telegraph are reporting that there is a growing unrest amongst the dressing room over Mourinho’s comments, with a feeling that the manager is shifting blame for the club’s disappointments this season.

Mourinho has attracted criticism this season as a bright start to the campaign has faded, this month’s Carabao Cup final remaining Spurs’ last opportunity to end a 13-year wait for major silverware.

After leading the Premier League in December, Spurs now face an uphill task to secure a top-four finish and their European campaign was ended in embarrassing fashion last month, surrendering a 2-0 first-leg lead to lose to Dinamo Zagreb in the Europa League’s last 16.

Spurs next face two crucial clashes in the race to secure Champions League football, hosting Manchester United in the Premier League this weekend before a trip to face fellow hopefuls Everton the following Friday.