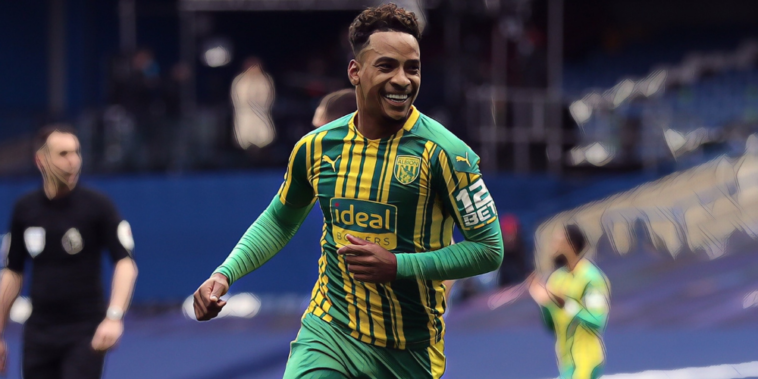 Premier League football returned over Easter weekend with West Brom producing the headline result of the round, the struggling Baggies producing a stunning upset to thrash a Chelsea side previously unbeaten under Thomas Tuchel.

Manchester City moved closer to the title by winning at Leicester, whilst Liverpool got their push for a Champions League place back on track after comfortably beating Arsenal at the Emirates

Elsewhere there were wins for Manchester United, Aston Villa and Southampton, whilst Newcastle boosted their hopes of survival by drawing with Tottenham at St James’ Park.

Tottenham could quite easily have left St James’ Park with nothing had it not been for strong showings at either end of the pitch, Hugo Lloris and Harry Kane proving the difference as the north London side drew 2-2 with Newcastle.

Lloris was a composed figure throughout and could have done little with either goal, whilst he ensured his side remained in the game with a wonderful double save to deny Dwight Gayle.

The France international acrobatically kept out the forward’s initial header before reacting quickly to stop and hold the rebound, a vital moment in the game as Spurs secured a point that keeps their top-four hopes alive.

There were plenty of eyes on Trent Alexander-Arnold this weekend on his first appearance since his England snub, the right-back a shock omission from Gareth Southgate’s squad for March’s World Cup qualifiers.

Whilst Alexander-Arnold’s standards may have dropped slightly from the extraordinary heights of the previous two campaigns, he remains England’s most talented right-back and produced the perfect response with a fine performance against Arsenal at the Emirates.

The 22-year-old led his side for interceptions, crosses and key passes against the Gunners, providing signature threat when venturing forward down the right and drifting inside to make things happen.

Trent Alexander-Arnold for Liverpool vs. Arsenal:

Are you watching, Gareth Southgate? 👀 pic.twitter.com/1UWmiaWwom

His cross to assist Diogo Jota’s opening goal was a reminder of the quality he possesses from wide and Southgate will have sat up and taken notice of Alexander-Arnold’s showing in a win that could yet prove crucial to Jurgen Klopp’s side.

Did anyone predict the chaos of West Brom’s thumping win at Chelsea?

Sam Allardyce’s side look all but doomed to an instant return to the Championship, but will have given themselves hope of a miraculous escape after thrashing the west Londoners 5-2 at Stamford Bridge.

Chelsea were unbeaten in 14 games under Thomas Tuchel and had conceded just twice in that time, before inexplicably imploding following Thiago Silva’s red card as West Brom ran riot.

It was a superb performance from back to front for West Brom with Kyle Bartley once again their leader at centre-back, the defender dominant aerially and winning some crucial headers for the Baggies.

Bartley has had his fair share of criticism in the past but has been key to West Brom’s best results this season, including a seismic shock in the capital this weekend.

Another exemplary showing from one of the leading candidates for the Player of the Season accolades, Ruben Dias ensured Manchester City moved another step closer to the title with a 2-0 win at Leicester.

The Portugal international marshalled the duel threat of Jamie Vardy and the in-form Kelechi Iheanacho in fine fashion, leading the backline in typical style and making a superb sliding block to deny Youri Tielemans with the game goalless.

The 23-year-old has made a huge difference to Pep Guardiola’s side and his summer acquisition has been arguably the signing of the season for the champions elect.

One of his better performances in a Manchester City shirt, Benjamin Mendy produced a promising performance to strengthen his case for more regular involvement in the side.

The 26-year-old stretched the pitch out wide and stationed himself high up the left flank, providing an attacking outlet for Guardiola’s side as they dominated possession at the King Power Stadium.

He showcased some surprising composure to open the scoring with a clever fake shot and finish on his weaker side, setting City on their way to another victory as the Premier League title moves within touching distance.

What a difference Fabinho’s return to the midfield has made to this Liverpool side, the Brazilian imperious once again as Jurgen Klopp’s side secured a vital 3-0 win at Arsenal.

Fabinho has played much of the season as an auxiliary centre-back and has performed commendably in the unfamiliar role, but he’s now back to his best as the Reds’ midfield anchor.

The 27-year-old’s positional play was once again excellent as he covered spaces and won tackles, providing the perfect screen for the inexperienced centre-back pairing of Nat Phillips and Ozan Kabak and allowing Liverpool’s full-backs to fly forward.

He's just fantastic. The big stringy monster of a man is unplayable on nights like tonight. You might as well pack it up and go home. Like Arsenal did. pic.twitter.com/8G53lelKfd

After looking all but out of the race for the top four, a weekend of favourable results has handed Liverpool a lifeline and there remains plenty to play for ahead of the Premier League’s run-in.

The architect of his side’s wonderful win at Chelsea, Matheus Pereira has been the bright spark of a largely underwhelming return to the Premier League for West Brom.

Pereira has now scored seven league goals for the campaign after a quick-fire double at Stamford Bridge, moving into a more central role and turning a 1-0 deficit into a half-time lead just moments before the interval.

The Brazilian’s first was an exquisite lob over Edouard Mendy to level the scores, before showing his class and composure inside the penalty box to put the visitors ahead just minutes later.

Pereira’s influence continued into the second half as West Brom exposed Chelsea’s man disadvantage, teeing up Mbaye Diagne before registering a second assist after playing in Callum Robinson.

Chelsea struggled to live with the 24-year-old as he drifted around the final third dangerously, bigger clubs likely to be eyeing his talents should West Brom drop into the Championship.

Aston Villa’s hopes of securing European qualification were boosted with a comeback win against Fulham on Sunday, bouncing back after gifting Aleksandar Mitrovic an opener to seal all three points.

Central to the victory was the performance of Trezeguet off the bench, the Egyptian international finding the perfect time to score his first goals of the season.

The 26-year-old made an immediate impact after confidently firing home Tyrone Mings’ cut-back, before arriving at the back post to net his second after fine work from fellow substitute Keinan Davis.

The winger scored a number of vital goals during last season’s run-in as Villa narrowly avoided relegation, and the club will hope he can have a similar impact over the final third of this season as Dean Smith’s side chase a place in Europe.

Callum Robinson just loves playing against Chelsea, coming off the bench to score twice for West Brom and take his career tally to five goals in just three appearances against the Blues.

Robinson was introduced in the first half following an injury to fellow substitute Branislav Ivanovic, the attacking replacement proving a fine decision from Sam Allardyce as the 26-year-old played an integral role in a huge win.

Robinson’s first goal was thing of beauty as he emphatically met Darnell Furlong’s cross on the volley, before netting West Brom’s fifth with a delightful chipped finish after being played in by Mattheus Pereira.

They've all come against Chelsea 🤯 pic.twitter.com/b7KPW3kUB4

The forward has now scored four league goals for the campaign, with each strike coming across the club’s two fixtures with Chelsea.

Involved in everything against his former side as Southampton came from two goals down to beat Burnley, securing a huge three points which all but ensures the club’s Premier League status.

Ings was electric as the Saints fought back, providing the assist for Stuart Armstrong’s equaliser with a clever flick round the corner for the Scotland international.

The England international then scored his ninth league goal of the season with a fantastic solo effort, getting the better of Ben Mee before turning James Tarkowski and firing home – scoring for the third consecutive fixture against the Clarets.

Manchester City continued to be linked with the 28-year-old and Ings’ finishing and all-round involvement make him appear to be a strong candidate to solve the club’s striking vacancy.

Named amongst the substitutes for Liverpool’s trip to Arsenal, it took Diogo Jota just a matter of moments to demonstrate just why he should be a guaranteed inclusion in the Reds’ side.

Jota came off the bench to break the deadlock at the Emirates with a powerful headed finish, before scoring a second to seal a comprehensive 3-0 win for Liverpool and take his tally eight goals in just seven league starts for the club.

The 24-year-old was signed to add competition and cover for the champion’s first-choice front three, but his performances have exceeded all expectations to date and Klopp must now find a way to accommodate the Portugal international.

Jota brings both vibrancy and cutting edge to the front line and looks set to play a pivotal role in the run-in as the Reds look to rescue their season and secure Champions League football.