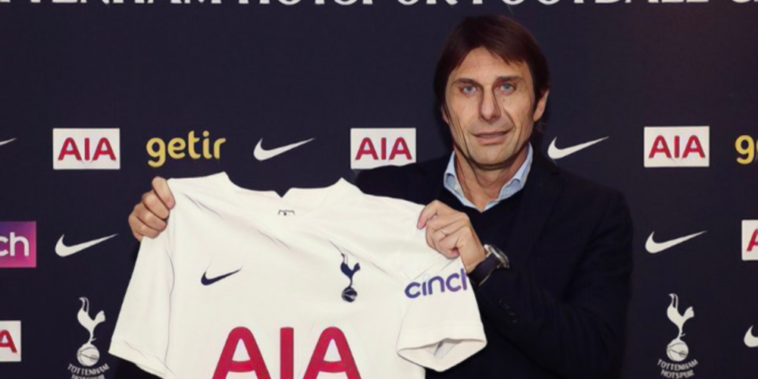 Conte was named as the new manager of the North London side on Tuesday following the dismissal of Nuno Espirito Santo, with the Italian watching on from the sidelines in training today as he awaits the approval of a work permit.

According to the Telegraph, the 52-year-old has informed his squad that they will be treated equally and has demanded Spurs ‘give everything’ in each training session and every fixtures.

Conte’s ‘aura’ is already believed to have left an impression on the Spurs squad with the players reportedly ‘buzzing’ at the Italian’s arrival, a proven winner who has secured five league titles during previous spells with Juventus, Chelsea and Inter Milan.

The report also states that Conte plans to address his squad in English and that he has made moves to bring equality to the dressing room, with predecessor Nuno having caused divides in the squad after leaving his first-team players at home for a European tie in Holland.

Provided there is no delay on Conte’s work permit, the new boss will be in charge for the first time when Spurs face Vitesse Arnhem in the Europa Conference League on Thursday evening.