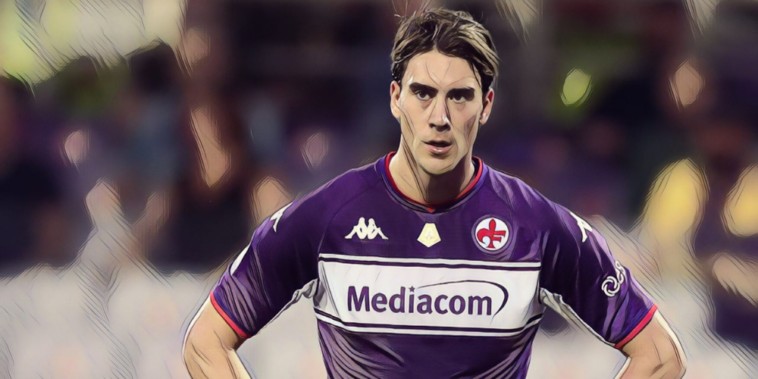 Tottenham Hotspur’s managing director Fabio Paratici has revealed the club are not interested in highly-rated striker Dusan Vlahovic – for the time being at least.

The Fiorentina forward – who is valued at around £50m – was heavily linked with a move to north London over the summer following his fine form for the Italian side, having netted 21 Serie A goals last season.

That reported interest came amid the uncertainty over the future of current talisman Harry Kane, with the England skipper seemingly keen on a move to Premier League champions Manchester City, before Spurs‘ refusal to entertain any offers – and City’s failure to submit a substantial bid – saw the deal break down.

The Serbian hotshot remained in Florence and has since begun the season in excellent form once again with four goals in just seven league games.

The player’s long-term future has is still, however, uncertain, with recent reports suggesting that he has rejected the offer of a new deal to stay in Florence, with his existing contract set to expire in the summer of 2023.

Given his current stance, Vlahovic – who has also been linked with the likes of Liverpool, Man City and Arsenal – could be set for an exit sooner rather than later, although Spurs director Paratici has insisted that the club are not currently interested in securing his signature.

“Dusan Vlahovic is appreciated by many clubs, it’s normal – he’s not in our plans, for now,” Paratici told Festival dello Sport.

“I’m not going to speak about Dusan Vlahovic as he’s under contract with Fiorentina… and also because we’ve Harry Kane who’s the best striker in the world.”