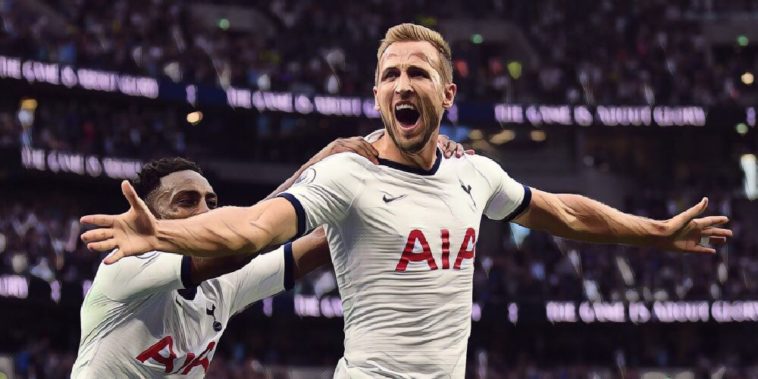 The England international got his golden boot pursuit underway last weekend, scoring two goals for Spurs in the 3-1 comeback victory over Aston Villa, the striker having previously struggled in the month of August.

Sergio Aguero has previously suggested that he could leave Man City at the end of his current contract, which is due to expire in 2021, and Jamie Carragher thinks that Pep Guardiola could target the Spurs striker as a replacement for the ageing Argentine.

“This is the Kane we know. Back to his best,” Carragher told the Telegraph.

“Within 15 minutes he showed why you can guarantee he will again score over 20 Premier League goals, injury permitting.

“Here is the truest measure of Kane’s class: Go through the respective line-ups of Tottenham Hotspur and Manchester City when they face up this weekend. Which Spurs player would be on Pep Guardiola’s shopping list?

“There is a reason he called Spurs ‘the Harry Kane’ team. With Sergio Aguero now 31, Guardiola would love nothing more than to have the Tottenham striker as a natural replacement if the opportunity arose. I would be amazed if he is not the number one choice.”

If Guardiola is indeed considering an eventual move for Kane, he will get another first-hand look at him on Saturday afternoon when Man City host Spurs at the Etihad.