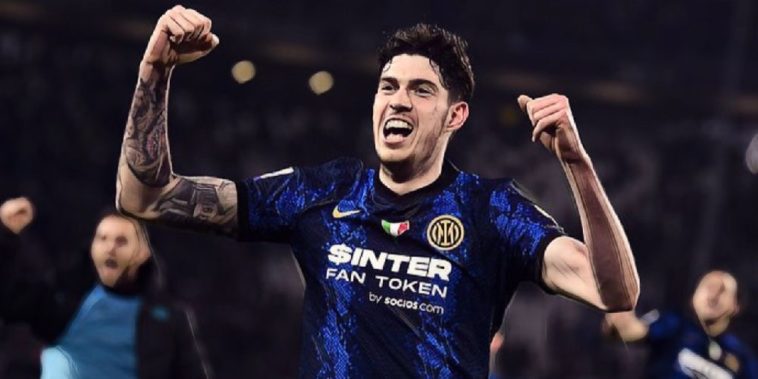 The Italy international has established himself as a first-team for the Nerazzurri in recent seasons, with Antonio Conte giving the 23-year-old his debut for the club during the 2019/20 season.

Despite his age, he already has bags of experience having made 118 appearances for Inter Milan, while he had 24 outings while on loan at Parma in 2018/19.

Now, according to Italian journalist Gianluca di Marzio, the left-footed centre-back is attracting attention from the Premier League with both Tottenham and Manchester United interested.

Spurs, led by Fabio Paratici and Bastoni’s former coach Conte, have ‘already opened contacts with both Inter and the player’, though Di Marzio reports that Manchester United have made a move in the last few hours.

Both sides are said to be on the lookout for a left-footed defender, though the links to Conte, as well as the allure of Champions League football is likely to give Spurs an advantage in the race for his signature.

As for the defender, he said on Tuesday evening that he is ‘relaxed’ about his future.

“I have two years of my contract with Inter, so I am relaxed. The club hasn’t told me anything,” he told Rai Sport.

“I am just waiting to go on vacation after this and then start pre-season with Inter”.

The Di Marzio report claims that both Spurs and United are also interested in Lille’s Sven Botman, while United have also been linked with Villarreal’s Pau Torres.