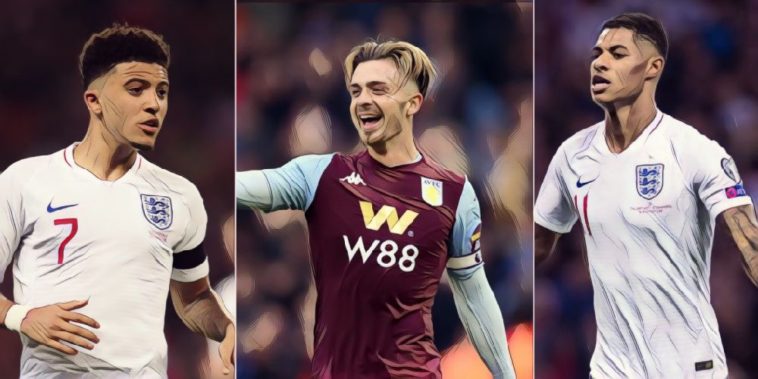 Paul Ince has urged Gareth Southgate to ‘build the England team’ around the talents of Marcus Rashford, Jadon Sancho and Jack Grealish.

The former England midfielder has been discussing the country’s emerging talents and has been left hugely impressed by the uncapped Grealish, the Aston Villa captain have starred for the club this season following their return to the top flight.

Grealish is amongst a host of creative midfield talents seeking to establish themselves as a key figure for the Three Lions, alongside the likes of Leicester’s James Maddison and Chelsea youngster Mason Mount.

Ince believes the 24-year-old is the most talented of that particular crop, and believes the playmaker can capture the imagination of the supporters in a similar fashion to Paul Gascoigne.

“I like Grealish; I really like him. When he kicks a ball, he gets people off their feet. You always think he will do something special,” Ince told Goal. “I really like him from that point of view.

Only two English players in Europe's top five leagues have recorded 6+ goals and 6+ assists this season:

“Maddison, yes, he is good too. Mason Mount could be exciting. He is getting good game time at Chelsea. If I had to pick one though it would be Grealish because I think he gives you a little bit more. He runs with the ball and travels with the ball.

“Grealish is the one who excites me and who I think can be a fan hero. He can be that man. He could be the one. I don’t want to draw parallels with [Paul] Gascoigne but I think the way he plays could have that impact on the imagination. It is something to look forward to. England have a lot of potentially great players. It is a bright three or four years.”

Ince also reserved special praise for Borussia Dortmund star Jadon Sancho and Manchester United‘s Marcus Rashford, the former having starred for the Bundesliga side this season and being linked with a big-money move to one of world football’s elite.

The teenager has earned seven senior caps since being handed his senior debut by Southgate, though Ince believes the youngster has already shown enough to warrant the England side being built around him.

“I think you have to look at Sancho. I have watched him a lot this year at Dortmund. This kid is going to be a great player. I can see it already,” he continued.

“You have to look to build the England team around him. Rashford is great. Maybe with Rashford and Sancho up top then I could be excited.”