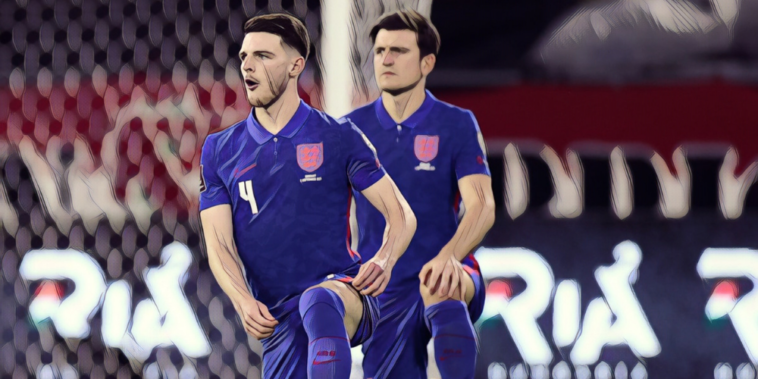 Gareth Southgate insists England’s players can do no more in the fight against racism following the vile abuse received against Hungary.

England secured an impressive 4-0 win against Hungary in World Cup qualification on Thursday evening, though the fixture was marred by disgusting racist chanting from the home support.

The Three Lions were booed loudly when taking the knee prior to kick-off, whilst England have also reported racist chanting aimed at the likes of Raheem Sterling and Jude Bellingham to UEFA.

Southgate discussed the ongoing fight against racism and insists there is no more his group of players can do and called for the authorities to protect players from abuse.

“There’s no more this group of players or staff can do in the fight against racism,” the England manager said. “Other people have got to take the right action to try and make progress.

“They shouldn’t have to be subjected to any form of racism. There’s a balance in the crowd. As we know at home not everybody causes problems. Tonight our anthem was really respected remarkably well.

“It’s not fair to criticise all the Hungarian fans. A lot were very generous and behaved extremely well. The individuals that are responsible need to be dealt with. I think there’s some evidence that people have been filmed and we’ve got to hope the authorities deal with that in the right way.”

Southgate says his side will continue to ‘try to set the right example for young people in our country’ and labelled the racist abusers as ‘dinosaurs’ who are being left behind in a modernising world.

“They recognise the world is changing,” he said. “Although some people are stuck in their way of thinking and prejudices, they are going to be the dinosaurs in the end. The world is modernising. Hungary isn’t anywhere near as diverse as our population. It’s taken us a long time to get to where we need to get to. We’ll continue to try to set the right example for young people in our country.”