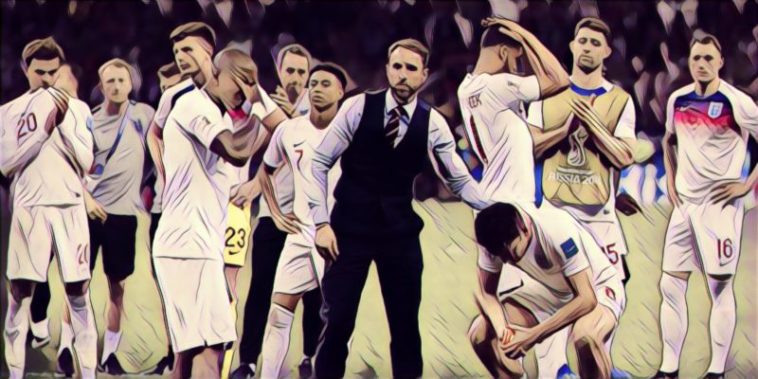 It has been a fantastic festival of football over in Russia this summer, with England defying all odds to reach the World Cup semi-finals for the first time in 28 years. While a nation rejoiced, one man who isn’t getting swept away in the wave of positivity is Graeme Souness.

The former Liverpool midfielder has already made claims that this summer’s football anthem, ‘It’s Coming Home,’ which made a triumphant return to the charts, should be banned, and now has poured cold water on England’s performance in their semi-final against Croatia.

England had been widely credited with the possession based football over the course of the World Cup, which saw the likes of Kyle Walker, John Stones and Harry Maguire bringing the ball out from the back, however, the long ball’s soon returned during their semi-final, something which Souness said highlighted a lack of bravery:

“The statistics I saw said that Jordan Pickford kicked the ball 47 times in the semi-final – which is way too many – and in only 22 of those clearances did he find a teammate, which is way too few,” the former Scotland international wrote in The Times.

“My problem here is not really with the keeper but with those in front of him. Kyle Walker, John Stones and Harry Maguire were selected as the back three because they apparently had the skillset to play the ball out from the back.

“Yet when the pressure was on and they were pressed by the Croatians, they turned their backs on Pickford, forcing him to punt long.

“So often did they do this that the numbers on their shirts must now be indelibly etched on their keeper’s mind.

“When we talk about bravery and defenders, we invariably mean the courage to challenge for the ball in the air or on the ground

“It was bravery of a different kind that was required against Croatia, however.

“Where was the strength of character to demand possession, to have the nerve to bring the ball out and make the pass that helped England regain the initiative in the last half-hour of normal time or during extra time?”