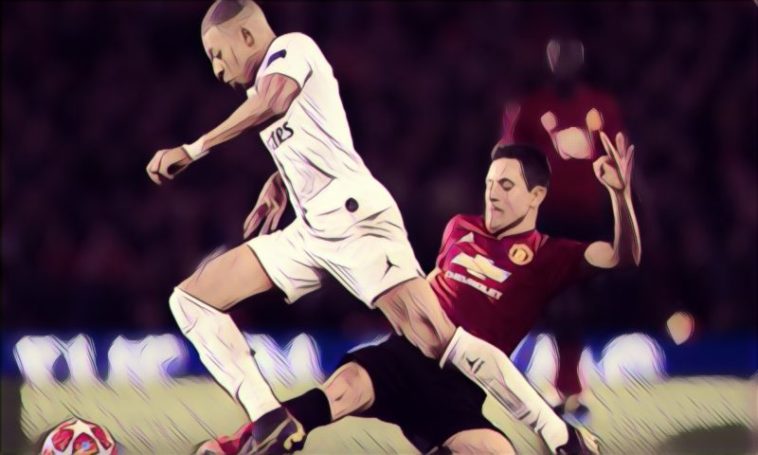 Manchester United’s hopes of progressing to the quarter finals of the Champions League were dealt a hammer blow tonight, as Ole Gunnar Solskjaer’s side slipped to a disappointing 2-0 defeat to PSG at Old Trafford.

Despite, the French Champions being without star attackers Neymar and Edinson Cavani, Thomas Tuchel’s side outclassed a lacklustre United.

Former Manchester United winger Angel Di Maria was widely booed by the home crowd throughout, but the Argentina international would have the last laugh laying on two second-half assists for Presnel Kimpembe and Kylian Mbappe.

United went into tonight’s clash in superb form having won ten and drawn one of their eleven games since Solskjaer took charge just before Christmas, but speaking after the game the former United striker admitted that his side had simply been bettered by a more experienced side.

“They had the momentum after the first goal and controlled the game,” the Norwegian told BT Sport.

“You could see that we hadn’t played at this level for a while and we will have to learn. It was an experience that can go either way, it’s not going to be a season defining one, it’s one we have to learn from.”

In-form attackers Anthony Martial and Jesse Lingard both suffered injuries near the end of the first half and will be a doubt for United’s upcoming game away to Chelsea in the FA Cup, although Solskjaer refused to blame his sides tepid performance in the second period on their absence.

“You can’t say that’s a reason, we had quality players to come on but Lingard and Martial give us something and let’s hope they are not too serious. They are muscle injuries, we have to wait a couple of days.”
\

Solskjaer has not given up hope of his side staging an unlikely comeback in Paris in two weeks time though, but he did also concede that tonight had been a reality check for his side.

“Mountains are there to be climbed, you can’t lay down and say this is over We will go there, play our game and improve from today.

“Today is a reality check for us.”

United’s task in the Parc de Princes will be all the more difficult after £89 million midfielder Paul Pogba was sent off after being shown his second yellow card in the 89th minute.