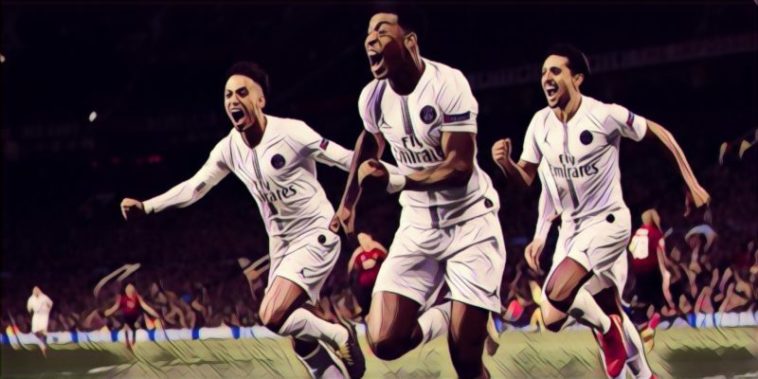 Ole Gunnar Solskjaer’s unbeaten start as Manchester United manager came to a sobering end when his side were beaten 2-0 tonight by PSG at Old Trafford in the first leg of their Champions League last 16 tie.

Despite, the French Champions being without star attackers Neymar and Edinson Cavani, Thomas Tuchel’s side outclassed a lacklustre United.

Former Manchester United winger Angel Di Maria was widely booed by the home crowd throughout, but the Argentina international would have the last laugh laying on two second half assists for Presnel Kimpembe and Kylian Mbappe.

Speaking after the game former United defender Rio Ferdinand said tonight’s game was a reality check for his former side, who had won nine and drawn one of their previous 10 outings.

“This is a reality check for this United team. It’s not a bad thing, it’s something to learn from,” Ferdinand told BT Sport.

“In this tenure Ole Gunner Solskjaer has probably been preparing for this loss.

“But tonight they didn’t show anything as an attacking force. They didn’t get around players. This PSG team, without two of their best attacking players, coasted.”

United’s chances of turning the tie around in Paris in two weeks time took a further blow in the 89th minute when in form midfielder Paul Pogba was sent off after receiving his second yellow card.

The 25-year-old France international had been man marked by PSG defensive midfielder Marquinhos all night, and Ferdinand admitted the £89 million man couldn’t handle the close attention he received.

“That’s a sign of how far he’s come in the last couple of months. He was man-marked by Marquinhos and didn’t deal with it today.”