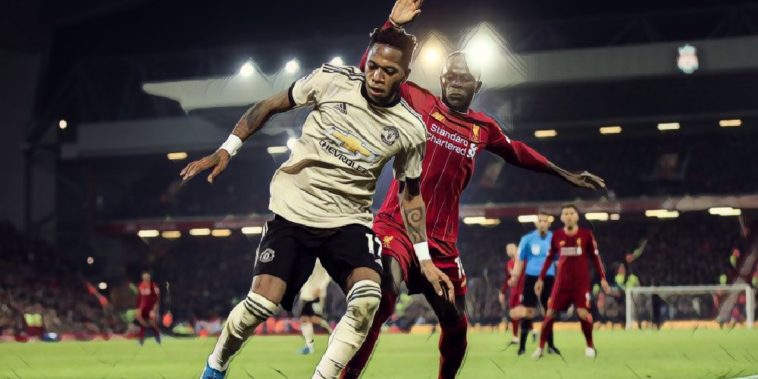 Ole Gunnar Solskjaer said there was plenty for him to be positive about despite seeing his side succumb to a 2-0 defeat to Liverpool at Anfield.

Manchester United settled into the game the quickest, but were again undone by poor defending from a corner, Virgil van Dijk meeting the ball almost unopposed to thunder home a header in the 14th minute.

The goal sparked Liverpool into life, Jurgen Klopp’s side carving United open at will, and had it not been for VAR, the linesman’s flag, and David de Gea’s right boot, they could have comfortably gone into the break 4-0 up.

The league leaders started the second half in a similarly devastating fashion, though United grew into the game and looked like they could even snatch a point as they threw everything they could muster at the Reds backline.

Mohamed Salah would score with the last kick of the game as United tried to salvage that late equaliser, and while Ole Gunnar Solskjaer admitted he was ‘disappointed’ to see his side conceding from a corner for the eighth time this season, he did see ‘very many positives’, picking out David de Gea and Fred for their performances.

“The players gave us everything,” the Norwegian told Match of the Day. “Today we hung on a bit at the start of second half, but the last 25-30 mins we pressed them and pushed them back.

“I’m disappointed with conceding from a corner and with the last kick – but very many positives.

“I felt in the second half we performed really well against a good team and at a difficult place.

“We didn’t have quality with our finishing or last pass. Fred was absolutely top and David de Gea. As a team we worked together as a unit.”