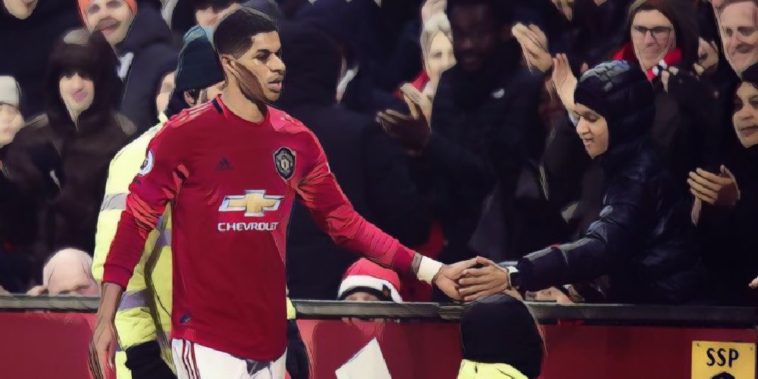 Ole Gunnar Solskjaer insists Manchester United aren’t desperate to sign a striker this month, despite Marcus Rashford potentially being ruled out for a number of months.

Rashford was introduced during the second-half of Manchester United‘s FA Cup third round replay with Wolves in midweek, though was forced to be replaced after just 16 minutes, being withdrawn with a back injury.

Ole Gunnar Solskjaer had tried to play down the severity of the injury, though during United’s 2-0 loss to Liverpool, highly respected journalist Henry Winter broke the news that the striker had suffered a stress fracture, and could be out for two to three months.

Rashford was carrying a single stress fracture in his back, now has a double stress fracture after Wolves game. Expected to be out for 2-3 months. Also has piece of floating bone in his ankle requiring non-intrusive surgery to remove. Been playing thru immense pain to help #mufc

Having suggested before the game that Rashford would only be out for ‘a few weeks’, the Norwegian was forced to concede that his top goalscorer will be out for a more prolonged period due to a double stress fracture, though denied Winter’s claims that he was already carrying a similar injury.

“It’s not happened before, it happened there and then. He’ll be out for a while. He won’t be back until after the mid-season break. Normally six weeks to heal, but I’m not a doctor, and then he needs rehab after that probably.”

United only have Anthony Martial and Mason Greenwood as their recognised forwards, though Solskjaer insisted he isn’t desperate to add a striker to his ranks, though would be open to it if someone became available.

“We’ve had many injuries for big players this season,” he added. “It’s just an unfortunate situation we’re in.

“We might look at some short term deals as well that could take us through to the summer. We don’t desperately need a striker, if the right one is there and it fits for us… we’ve got players who are champing at the bit.”

United have been linked with Lyon’s Moussa Dembele and Wolves’ Raul Jimenez in recent weeks.