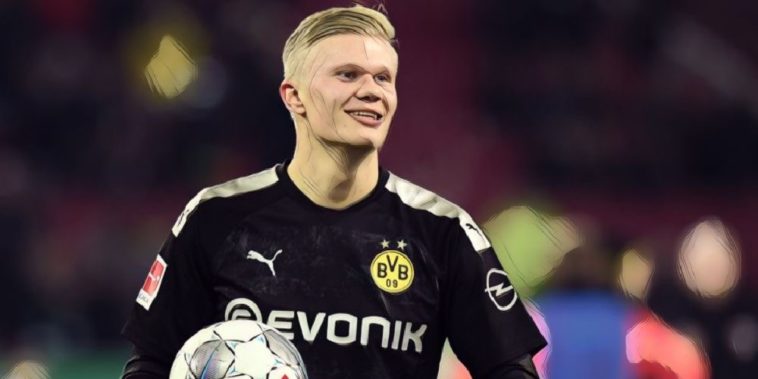 Manchester United manager Ole Gunnar Solskjaer says he is ‘delighted’ for Erling Haaland despite missing out on signing the prolific Borussia Dortmund star.

The Premier League side were strongly interested in securing a deal for the teenager star during the January transfer window following his goalscoring exploits for Red Bull Salzburg, though despite holding talks with the player missed out to Dortmund who captured his services in €22.5m deal last month.

Haaland has since enjoyed a prolific start to his career in German football, scoring 11 times in just seven appearances, including both goals during the club’s 2-1 victory over Paris Saint-Germain in the Champions League last-16 this week.

The 19-year-old’s brace took him 37 goals in all competitions for both Salzburg and Dortmund and Solskjaer – who previously managed the forward at Norwegian side Molde – says he is delighted to see his former player thriving despite missing out on the chance to bring Haaland to English football.

“I normally never comment on opposition players, but since I’ve had Erling, I’m just delighted for him,” Solskjaer said at Wednesday’s pre match press conference.

“He’s a top boy, an absolutely fantastic kid, who you want the best for. And for Norway it’s brilliant that we have a striker who can score goals again.”