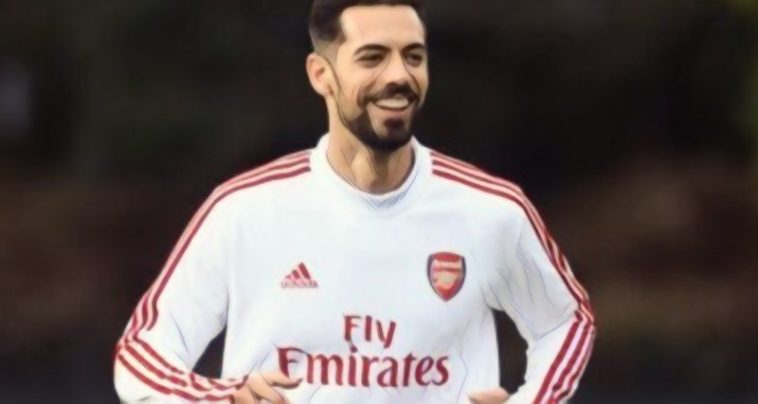 Mikel Arteta says he has been impressed with the ‘attitude and commitment’ of new Arsenal signing Pablo Mari following the defender’s arrival on loan from Flamengo.

The Gunners bolstered their defensive options with the signing of the centre-back during the January transfer window, Mari arriving at the club on a loan deal until the end of the season – though the club possess the option to sign the player permanently should he impress during the temporary spell.

The Spaniard is yet to make his first-team debut but played for 45 minutes for Arsenal’s U23 side on Monday in a 2-1 defeat to Chelsea, and Arteta was left impressed by the 26-year-old’s performance.

“Well, I watched the game but I could not be there for a personal reason,” Arteta said at his pre-match press conference. “But, I was very glad that those two were there to support him.

“When he joined the club he hadn’t played for a long time and he had a little niggle as well well when he joined us, but his attitude and commitment has been really, really good and highly surprising.

“He did really well the other day and hopefully we can start to use him soon.”

Mari could be in contention to make his Arsenal bow when the north London side face Olympiakos tonight, Arteta’s side travelling to Athens for the first leg of their Europa League Round of 32 clash.