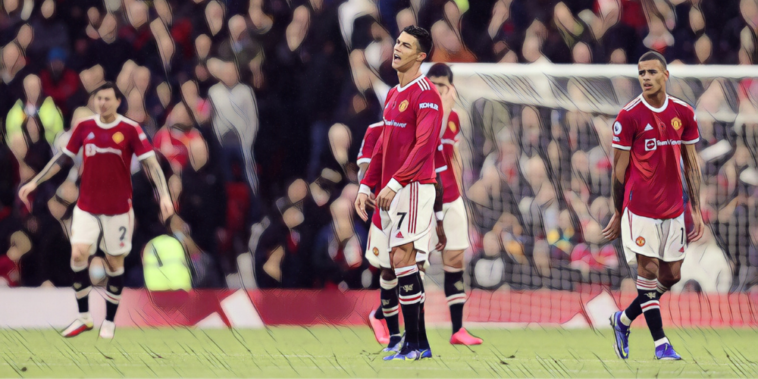 Solskjaer is understood to have held a meeting with club captain Harry Maguire, Cristiano Ronaldo, Bruno Fernandes, Luke Shaw, Victor Lindelof and Nemanja Matic to discuss how the Red Devils can bounce back from a difficult period that has included six defeats in their past 12 fixtures.

The humbling home defeat to Manchester City before the international break has increased the pressure on Solskjaer’s position, and the Mail are reporting that the Norwegian has discussed his tactical plans with senior stars after changing to a back three formation for recent fixtures.

Manchester United travel to face Watford in the Premier League tomorrow, the first of a defining run of fixtures for Solskjaer that includes clashes with Villarreal, Chelsea and Arsenal within just nine days.

The Red Devils are currently sixth in the table and have fallen nine points adrift of league leaders Chelsea following their poor recent form.

Solskjaer will need a response from his players ahead of the trip to Vicarage Road this weekend, with speculation having suggested that Leicester manager Brendan Rodgers is a leading contender to replace the under-fire boss should results not improve.

Addressing the speculation at his pre-match press conference on Thursday, Rodgers described the speculation as ‘disrespectful’: “There’s two things. Firstly, it’s really disrespectful for you to ask the question when you have a manager [Ole Gunnar Solskjaer] in place, a good manager and a good man, who is working for the club.

“Secondly, I can’t really comment on it because it is something that is not real. I am here as the Leicester City manager, I’m proud to be here, privileged to be here and fully committed to the players, the club, the ownership.

“That’s about it really. All the other noise around that is something that we can’t control. I’ve focused, like I have done in my career, so the only club I’m thinking about is Chelsea and getting ready for that.”