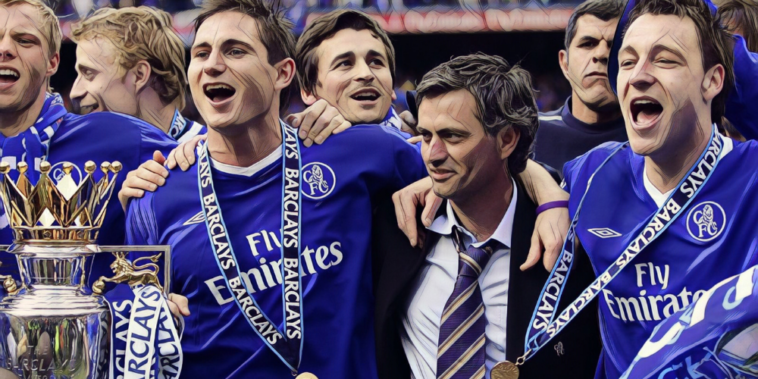 Arsenal’s ‘Invincibles’ remain the only side to have gone an entire Premier League campaign unbeaten since its inception in 1992, although a number of sides have at least enjoyed an undefeated season on their own turf.

In fact, every member of the so-called ‘Big Six’ has achieved that feat on at least one occasion, with Liverpool the most recent side to have done so during their title-winning 2019/20 campaign.

Here’s a look then at every time a top-flight side has enjoyed a whole season unbeaten at home in the Premier League era:

It may have been turbulent few years at Old Trafford since the retirement of Sir Alex Ferguson in 2013, but Manchester United were the dominant force for much of the Scotsman’s lengthy spell in England, guiding the club to a record tally of 13 Premier League titles.

Much of that success was built on making the Theatre of Dreams an undoubted fortress, with – as cliche as it may be – United at times having almost won the game in the tunnel, such was the quality of their stars and the fear factor that surrounded them.

That was evident in the 1995/96 campaign as the Red Devils enjoyed their first unbeaten home season to clinch a third league title in just four years, capitalising on Newcastle United’s memorable slip-up to wrestle the title back from big spending Blackburn Rovers.

Ferguson’s men won 15 of their 19 games on home soil, drawing the other four, with all six defeats coming on the road as they ended the season four points clear of Kevin Keegan’s challengers, who had inexplicably blown a 12-point lead at the summit to finish second.

United repeated the feat again in the 1999/2000 season – off the back of their treble-winning campaign – winning 15 and drawing four on their own soil to clinch a second successive title, while also recording the club’s best points tally (91) in a 38-game season – just one shy of their record in 1993/94 during a 42-game term.

The club’s most recent unbeaten home run came in the 2010/11 campaign as United clinched a 12th Premier League title, winning 18 and drawing just once – against West Bromwich Albion – at Old Trafford, with that form the bedrock of their triumph as they won just five times and drew ten on the road.

Arsenal’s first unbeaten home run in the Premier League era came in vain, as the then-champions failed to clinch a second successive title after losing out to Manchester United by just a point, despite a remarkable record that saw them concede just five times at home all season, winning 14 and drawing five.

After eventually wrestling back the title in 2002, Arsene Wenger’s side then etched their name into the record books two years later, becoming the first, and only, side to go an entire Premier League campaign unbeaten both home and way.

The Gunners finished 11 points clear of second-placed Chelsea after picking up 26 wins and 12 draws in their 38 league games, with Preston North End the only other side to have matched the feat in English top-flight history, albeit with that coming back in 1889 in a 22-game season.

Wenger had arguably assembled the finest side in the competition’s history, lead superbly by captain Patrick Vieira and with the prolific Thierry Henry as its figurehead, the Frenchman instrumental in the title triumph as he plundered 30 league goals to clinch the Golden Boot.

The north London side’s unbeaten league run stretched to 49 games before eventually suffering defeat at Manchester United the following season, with Ruud van Nistelrooy netting a penalty almost a year after squandering a spot-kick chance to end the Gunners undefeated surge before it had really begun.

That remains the club’s most recent title success, although they have since recorded another unbeaten home run, doing so in the 2007/08 campaign as they finished third with 83 points – the highest tally by a third-placed team in a 38-game season.

The kings of the unbeaten home run, Chelsea have achieved the feat on five occasions, notably doing so for four seasons in a row between 2004 and 2008, enjoying an astonishing league-record run of 86 games at Stamford Bridge without defeat during that time.

That run had begun in March 2004 under Claudio Ranieri as the Blues finished the season second behind Arsenal’s ‘Invincibles’, before the appointment of Jose Mourinho delivered instant success, the Portuguese coach guiding the club to back-to-back league titles in his first two seasons in charge.

The 2004/05 campaign was particularly impressive as the club set a multitude of records, picking up 18 wins from their 19 home league games, while also conceding just 15 goals all season (including 6 at home), with Petr Cech finishing with the Golden Glove after a league-record tally of 25 clean sheets.

Mourinho’s men finished the campaign with a then-record total of 95 points after winning 29 and losing just once away at Manchester City, before again comfortably clinching the title the following season with an eight-point margin over second-placed Manchester United.

Despite a notable drop off in the 2006/07 campaign, the club’s impressive home run continued, with the streak extending into the following season despite Mourinho’s exit in September 2007, as interim coach Avram Grant steadied the ship.

The run wouldn’t end until the start of the 2008/09 season under Luiz Felipe Scolari, although the return of Mourinho in 2013 would resurrect their home form, the current Roma boss guiding his side to the title and another unbeaten run at Stamford Bridge in the 2014/15 season.

It was Liverpool who had ended Chelsea’s lengthy home run in October 2008 courtesy of a Xabi Alonso winner and the Reds would go on to enjoy an undefeated streak of their own that season, as they narrowly missed out on the title to bitter rivals United.

Rafa Benitez’s side won 12 and drew seven at Anfield that season, while losing just twice on the road. That record proved not enough as they finished four points behind the champions, however, despite a run of ten wins from their final 11 games of the campaign.

It wouldn’t be until the 2017/18 season that the club would again complete an entire league campaign without defeat on home turf, as Jurgen Klopp began to transform his side into title contenders and European hopefuls.

After clinching the Champions League title in 2019, the Merseysiders then ended their long wait for a league title the following season, continuing their imperious home form to romp to a comfortable triumph, ending the season on 99 points after a joint-record tally of 32 league wins.

It wouldn’t be until January 2021 that their 68-game unbeaten home league run would come to an end against Burnley, with their previous defeat on home soil having come way back in April 2017 as Christian Benteke came back to haunt his former side with Crystal Palace.

Having made Anfield a fortress for so long, that loss to Sean Dyche’s men sparked a rapid decline in the club’s fortunes at home, as they went on to lose six consecutive league games on their own patch – the worst run in the club’s history.

For all the accolades that Manchester City have achieved under Pep Guardiola in recent years, their only unbeaten home campaign came under a different manager in Roberto Mancini, the Italian achieving the feat in 2011/12 as the club won their first Premier League title.

City had made notable strides in the previous few seasons following the start of the Sheikh Mansour era and looked in good shape to challenge rivals United for the title, proving their credentials with a 6-1 thrashing of their neighbours at Old Trafford in the early months of the season.

A victory over the Red Devils in the reverse fixture at the Etihad – courtesy of a Vincent Kompany header – proved pivotal in handing them the edge in the title race, setting up what looked to be a straightforward final day assignment at home to Queens Park Rangers.

As it was, however, that clash with the relegations strugglers proved far from comfortable as City’s title hopes and unbeaten home record looked set to be dashed, before two goals in stoppage time from Edin Dzeko and Sergio Aguero clinched a dramatic victory and a sensational conclusion to the season.

That result meant that Mancini’s men had picked up 18 wins and a draw on home soil that season, with all five of their defeats coming on the road, as they edged their neighbours on goal difference with both sides finishing on 89 points.

The sixth club to have registered an unbeaten home run throughout an entire Premier League season is Tottenham Hotspur, with the club having done so under Mauricio Pochettino during the 2016/17 campaign.

After missing out on the title to Leicester City a season earlier, Spurs looked set to be in the mix again, with the Argentine having built a talented young squad containing the likes of Dele Alli, Christian Eriksen and Harry Kane.

The north London side finished as runners-up on 86 points, albeit with it largely having been a one-horse race for the title as Antonio Conte’s Chelsea powered to glory, the Blues moving clear thanks to a 13-game winning run.

Tottenham would, however, go the entire season unbeaten at home in the league for the first time since the 1964/65 season, equalling a club record after winning their final fourteen league games of the season at White Hart Lane – that record made all the more special as it was the club’s final season at their iconic ground.