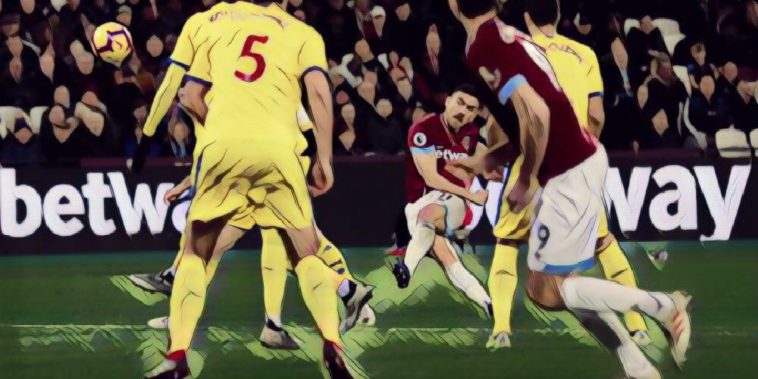 James McArthur opened the scoring for struggling Crystal Palace after just six minutes, with the scores remaining 1-0 as the teams went into the interval.

However, Snodgrass had West Ham back on terms soon after the break, before Javier Hernandez and Felipe Anderson continued their goalscoring form to put the Hammers 3-1 up with 25 minutes to play.

Palace substitute Jeffrey Schlupp pulled a goal back to make it an interesting final 15 minutes, but West Ham hung on to their the lead and claimed the three points to propel them into the top half of the table.

Speaking after the game, the rejuvenated Snodgrass was delighted to get the win for the fans:

“It is hard, we know we weren’t at the races in the first half in terms of taking our chances but we passed it well and got three good goals. That is a magic win, a great win for the fans.’’ Snodgrass told Premier League Productions.

“When you lose the first four games at the start of the season, the fans wouldn’t be thinking we would score three in the last three games. But we must build on it as a team and stop conceding goals.

“I have been waiting a long time to score a Premier League goal for West Ham so to get it in that fashion and get the win is delightful.

“There are a lot of games and people in the squad that want to play so we will rotate like we did against Cardiff and the lads come in and do well. The manager is trying to build that momentum from the squad and it is working.”