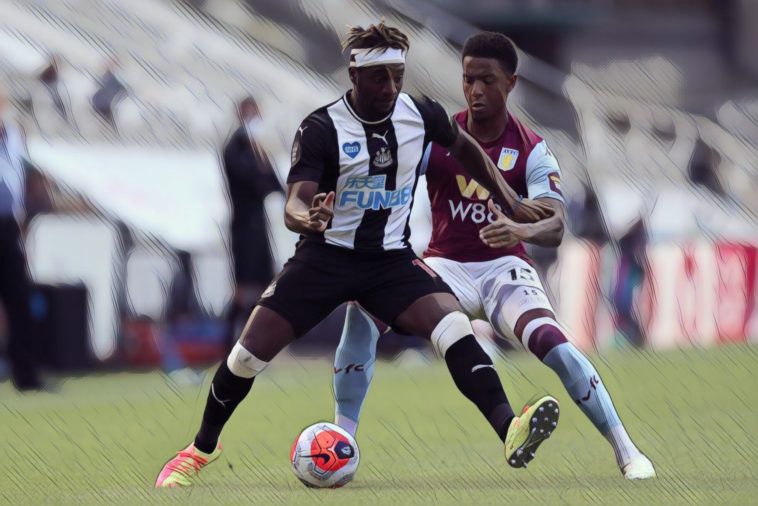 Ahmed Elmohamady’s late header secured a precious point for Aston Villa who were the more positive of the two sides for much of the contest, though the club remain in the bottom three on goal difference despite moving level on points with both Bournemouth and 17th-placed West Ham.

Substitute Dwight Gayle had earlier opened the scoring for Newcastle just 94 seconds after being introduced from the bench, though the Magpies failed to hold for consecutive victories since the Premier League’s restart.

Smith, however, believed Villa had the chances to take all three points at St James’ Park, and was disappointed with a lack of cutting edge as they failed to make the most of their opportunities.

“It’s an annoying point. The majority of the game I thought we were the better team. Our defensive display was good but we have to be more clinical,” Smith told Match of the Day.

“There are lots of positives to take. The commitment from the players was great, I thought we threw the kitchen sink at them.

“We were throwing everything at their box trying to get back in to the game and then we almost won it. We had a bit of stick at the weekend about not having much of the ball against Chelsea but they’re a well established Premier League team.”

Newcastle boss Steve Bruce says his side are pleased to have moved within a point of the fabled 40-point mark, and is hopeful the Magpies can now push on ahead of the league’s run-in as they bid to climb the division.

“We would have all accepted [the points total] but we can’t forget that we have a great opportunity to push on a bit now,” said Bruce.

“Can we push on and catch the teams above us and finish the season looking upwards, rather than just looking over our shoulders?”

Next up for Newcastle is an FA Cup quarter final tie against Man City, while Villa host their Midland’s rivals Wolves in the league.