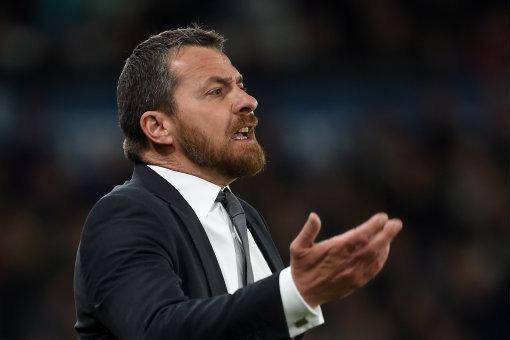 Having sat through 120 minutes of football, plus the agony of a penalty shootout, the game between Sheffield Wednesday and Huddersfield served a timely reminder of just how difficult it is to get out of the Championship.

As we all know, rather depressingly, we spent an arduous, torturous seven long years in English football’s second tier. Spare a thought for Wednesday though; they’ve been out of the Premier League for 17 years now. We may thought we had it bad, but The Owls suffering has been longer, and far more painful. That said, their play-off heartache this last couple of seasons, having reached the final last year, only goes to prove that anything other than automatic qualification should be the target for The Boro next season.

Of course, we have our own recent play off agony to recall. The biggest of anti-climaxes against Norwich killed off our promotion dreams in the cruellest of ways; we know we don’t want to go through that again.

So with the above in mind this is why I’m desperate for us to bounce back at the first attempt. No messing about, no last day drama, I want us to have promotion assured at least before the final weekend. There can be no half measures, no regrets. We’ve got to approach the season with a positive, determined and driven attitude, exuding the authority of a club that’s expected to bounce back at the first attempt.

A lot to ask, I know, but not unreasonable.

Newcastle have been the perfect example. They’ve spent a fortune of course whilst managing to hang on to Rafa Benitez, but what they have spent their money on is good quality players with experience of that level. This has been key to them achieving promotion.

Dwight Gayle, Matt Richie, Grant Hanley, Mohammed Diame. All players with Championship miles in their legs, players who know the league and what it throws at you. Ally the aforementioned players with a sprinkling of Premier League quality already on the books, Newcastle had the perfect blend of experience and quality, as well the manager too, to get them out of the Championship immediately and comfortably.

There’s an election coming up, who do you want; May or Corbyn?

‘Leave off with the politics’ I hear you cry. Sick of hearing about manifesto’s and whether Brexit is going to be hard, soft or anywhere in between, of course the real burning issue is whose going to be our next manager.

The more the days go by the less likely it seems Steve Agnew will be handed the task of guiding the club through its short stay (hopefully) in the Championship. In place of opinion polls we have the bookies giving us odds, local newspapers online conducting Tinder style ‘swipe left/right for your preferred candidate’, and of course, social media.

Twitter and Facebook seem to be awash with names, the likes of which stretch from relative novices to experienced campaigners. Throw in some completely ridiculous suggestions (Guus Hiddink being one I’ve seen a few times now) and you soon have a pool of managers the club are bound to pick from, because surely Steve Gibson and co. haven’t drawn up their own shortlist.

As we all know of course, Gibson and his fellow decision makers will have a shortlist of managers to hand, and you can bet that they’re already close to making a decision, especially given the comments made by the chairman after the Southampton defeat.

Reading between the lines it was obvious to me, and to most people I suspect, that he feels that perhaps Agnew isn’t the man, no matter how fond of him he is. He stated;

“I have to be careful what I say as it affects people who are currently at the club and not at the club, but fans want me to deliver rather than talk about potentially delivering.”

Indeed, we as fans do want him to deliver; deliver us a manager capable of firing us back up at the first time of asking. Deliver us a manager who’s going to spend wisely, and on players who excite, keeping bums in seats while also getting them off them with attacking and positive football.

He’s delivered in the past and I suspect he’ll deliver this time; but what should we hope for?

In my opinion we need an experienced head, somebody who knows the league, has managed before, and has the ability to attract a good standard of player. The club itself, with all its facilities and set up should appeal to most players at Championship level, but there’s no telling what the right manager can do.

The current favourite among the bookies is Ryan Giggs. Now we can all rewind 23 years ago and point to Bryan Robson as the perfect example as to why Giggs could possibly be the way to go. After all, Robson was coming into his first managerial role, a total rookie, yet look what we managed to achieve.

Other rookies have been given the job in the past; Steve McClaren, Gareth Southgate and most recently, Aitor Karanka all enjoyed varying levels of success. Southgate’s appointment didn’t work out ultimately, but the other two, along with Robson, did.

So then, with that in mind, why shouldn’t someone with the profile and career of Giggs be given the opportunity?

It’s a good question, but one that also provides a simple answer; there are risks to every appointment, but its minimising that risk what’s most important.

We don’t want to be endangering the clubs long term future by handing the job to someone who’s just starting out as a manager; someone looking to cut their teeth as a No.1, a project.

After the pain and anguish of this season we need to ensure we start next season with a bang, otherwise we could find some fans turning against the new man early doors.

So then, to give ourselves the best hope of bouncing back immediately we need to hand the reins to someone with a reputation, a track record at Championship level. To my mind, that man is Slavisa Jokanovic.

The work he’s done with Fulham this season is nothing short of remarkable given the position they were in when he arrived at Craven Cottage midway through last season. He rescued the club from what would’ve been a tragic relegation to League 1, allowing them to compete in the Championship again this season.

And compete they have, coming a whisker away from reaching the play off final after a narrow defeat to Reading. Finishing 6th, they crept up on Leeds United in the final weeks of the regular season to snatch a play-off spot, a massive achievement considering the relative low spend on players.

Jokanovic has cajoled and encouraged a decent, whilst not outstanding, squad of players, of which some were part of the same squad that had performed so poorly the season before. Add to that the huge losses in talent in the shape of Moussa Demeble and Ross McCormack, its hard not to be impressed at how well he’s performed in the role.

But let’s not forget (as much as we’d like to), he was the man in charge when Watford gained promotion in 2014/15. In his one and only season there (which is the shelf life for all managers there it would seem) he took them up automatically, only just missing out on the title on the final day.

As well as his stint at Watford and his good work at Fulham up to now, he’s also had some success abroad too.

He won the league and cup double with Partizan Belgrade two seasons on the bounce between 2007-09.

Perhaps even more impressive was managing Maccabi Tel Aviv to Champions League qualification for the first time in 11 years, shortly before he joined Fulham.

Those achievements in Belgrade and Tel Aviv are not to be underestimated, and with his success in England so far showing that he’s quite obviously a talented manager, there’s no reason why we shouldn’t be considering him as a candidate for the job at Boro.

He might not be one of the favourites, some bookies pricing him as a 40/1 long shot, but after their exit to Reading on Tuesday he surely becomes a possibility. He’s under contract until the summer of 2019 at Craven Cottage, meaning a potentially hefty compensation package would be required to snare him away, yet it could be a price well worth paying.

Seeing what he’s done with relatively modest funds at equally modest clubs, it’s not hard to imagine just how good he could be given the tools and resources a club like Middlesbrough can offer.

In the words of Chairman Gibson;

“We want to smash the league, we want to go up as champions”.

Ambitious words indeed. It’s now time to back up that ambition and appoint a proven, successful manager.

Dream about what you fool