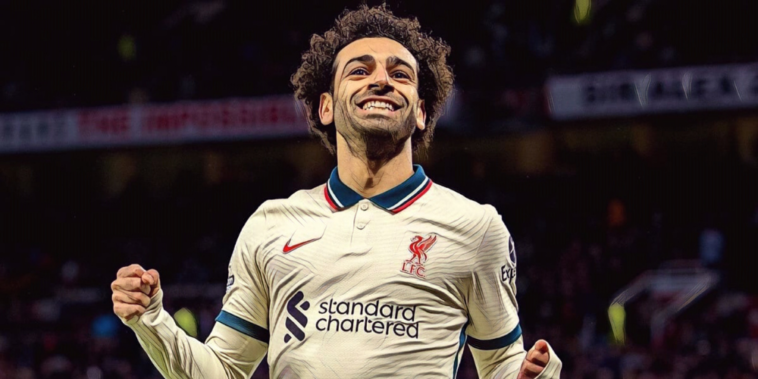 Mohamed Salah’s hat-trick heroics against Manchester United have further cemented his status as the best player in the division, with the Liverpool man having been in imperious form in the opening months of the season.

While he has consistently delivered since his arrival from Roma in 2017, the current campaign has seen the Egyptian take his game to new heights and emerge as the Reds’ undoubted talisman, with his form integral to their current 23-game unbeaten run.

Having scored for the tenth successive game in all competitions during the 5-0 thrashing of United – which also saw him become the highest-scoring African player in Premier League history – the 29-year-old is now widely recognised as the most in-form player in the division.

To prove that point, here are six stats that showcase why Salah is the best player – or at least the best attacker – in the Premier League at present.

Perhaps the simplest statistic is that the forward leads the way for goals scored in the top tier this season, having already netted 10 times in just nine league games, including his latest treble in the thumping win at Old Trafford.

That haul included a particularly impressive dink over David de Gea, while he’s also netted stunning solo strikes against both Manchester City and Watford, with Salah seemingly running his own personal battle to secure the Goal of the Season gong.

The two-time Golden Boot winner is currently three goals clear of Jamie Vardy in the scoring charts, while he trails only Robert Lewandowski for goals scored in all competitions across Europe’s top five leagues, with 15 in just 12 games – two less than the Poland international.

He is also ahead of Karim Benzema as the most productive player in Europe at present, having recorded 20 goal contributions in total this season – including five Champions League goals – with the Real Madrid man currently one behind on 19 goals and assists in all competitions.

The former Chelsea winger has also well outperformed his xG of 7.07 with his ten league goals, with that again unsurprisingly the best record of any player in the division.

That form has contributed to Liverpool having the best xG of any side in the Premier League, with their overall expected goals at 24.59 putting them ahead of champions Manchester City (21.46).

As his assists have shown, however, Salah is not simply just a goalscorer, with the creative side of his game having come to the fore this season, leading the way in the Premier League for ‘big chances created’ with seven to date.

That tally has put him ahead of teammate Trent Alexander-Arnold, as well as Man United’s Bruno Fernandes and Chelsea’s Mason Mount – all of whom have created five big chances.

There have, of course, been some notable assists from the forward this season, including his stunning outside-of-the-boot through ball for Sadio Mane’s goal in the 5-0 thrashing of Watford earlier this month.

Salah also tops the Premier League rankings for most touches in the opposition box this season (82), with his willingness to get into the penalty area a key reason behind his prolific goalscoring form.

That tally of touches is impressive considering he is not an out-and-out centre-forward and is often seen hugging the right touchline, before marking a darting, penetrative run through the middle in order to find himself space in the area.

His tally was also no doubt enhanced by his two wondergoals against both City and Watford, as on both occasions he jinked his way through a sea of defenders inside the opposition box, before eventually lashing in past the ‘keeper.

As expected, the Egyptian has rarely been wasteful with his attempts, having failed to hit the target with just 17 of his 40 shots on goal – with Salah also leading the way for the most overall shots in the division.