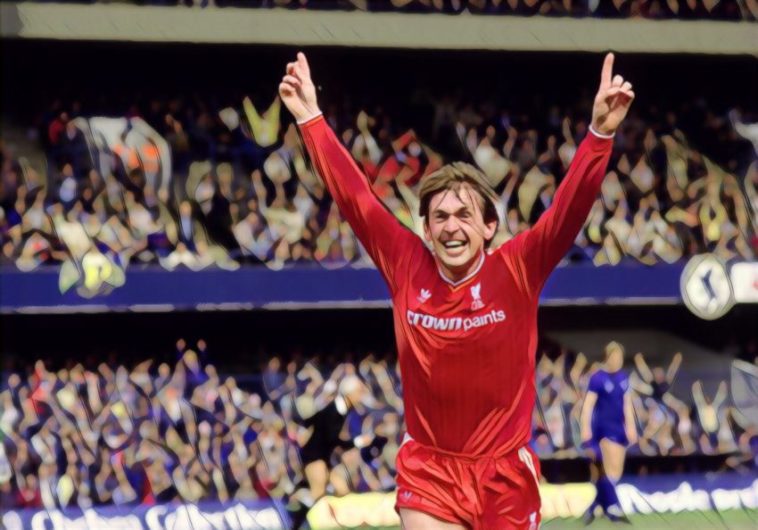 The Queen’s Birthday Honours revealed the fantastic news that finally, after years of campaigning, Kenny Dalglish is to receive a knighthood.

Given in recognition for his services to football, charity and the city of Liverpool, the sixty-seven year old was said to be “surprised and embarrassed” when he heard the news.

To many this is long overdue and a fitting reward for man who has given so much to the club and its fans.  His leadership during the aftermath of the Hillsborough disaster transcended football and united an entire city in grief and dignity. This alone, should have been enough, but when you throw in his world class football career on and off the pitch, as well as his work for so many good causes, it really does beg the question as why this has taken so long.

Dalglish has always carried himself with tremendous dignity and generosity. A lot of modern footballers simply don’t have this in them and could learn a thing or two from Kenny’s generation. In an interview today, The Govan born Scot, quipped in his dry accent that he would remain unchanged and still have to “take out the bins at home”.

He also paid tribute to his parents and his wife, as he acknowledged those around him with his trademark humble and quiet nature.  A lot of the time Kenny seems genuinely bemused by all of the fuss made about him, and would perhaps be a lot happier spending time with his friends and family away from the limelight. Football has been his life though, and in the midst of all the good work he has done off the pitch, it is important to remember the playing career of one of the games’ finest servants.

One of the best

When people talk of truly great footballers, Dalglish is often mysteriously omitted. The usual names are in there; Pele, Maradona, Cruyff, Messi, Ronaldo etc, but for whatever reason the Glaswegian legend is often not in contention.

And yet, you only need ask his peers, and many of them are unanimous in the agreement; he was one of the best football players produced by this island and is up there with the greats.

“Is Kenny Dalgish better in midfield or up front? Och, just let him on the park.”  Is what Celtic hero Jock Stein had to say about his former apprentice, as he went off to Liverpool in 1977.

When you read and hear accounts of his playing style, it is not hard to see why he is so fondly remembered by all of those lucky enough to see him play.  He was blessed with a footballer’s brain. Not every player is, but when you see them, you know it’s there.  That nous to be in right position, the foresight to arrive in behind a defender and the speed of thought to give you a crucial extra second, this is what Dalglish was blessed with.

He was also two footed and wonderful finisher, despite not being a traditional center-forward. Many have compared him to modern Liverpool gems such as Luis Suarez and Bobby Firmino, in fact; he would actually be a great fit in the current team, with his eye for a pass and tenacious curling shots into the top corner.

Celtic made no hesitation in signing him up in 1967, as the late great Sean Fallon raved about the young lad to Jock Stein in his scouting report. The young Kenny had spent a few months in England on trial with some of the big clubs of the day, including Liverpool. He couldn’t settle though and returned home to choose Celtic over Rangers.

It is very easy to dismiss Scottish Football now, but back then it was a power house of European football, with a wonderful history of bringing through some of the truly great players of the day. Celtic were a much bigger club back then, than they are today and Dalglish took up the mantle of the Lisbon Lions as he lead the line in 1970s.

Kenny often speaks of his parent’s influence as he grew up in the docklands of Glasgow. They bestowed in him the hard work and decency which allowed him to go and achieve so much in his life.  He played selflessly but with a fierce determination to win. A footballer’s background can never be discounted in their formative years and Kenny’s were crucial.

As Reds fans reeled from Kevin Keegan’s shock departure to Hamburg in ‘77, the club moved shrewdly to sign Dalglish and bestow him with the already famous number seven shirt. Cue over a decade of glory on and off the pitch as Paisley’s Liverpool conquered Europe three times in five years after signing Kenny.

Dalglish brought his graceful, wonderful movement and selfless play to Anfield, as Liverpool played a brand of total football that had never before been seen in the English game. A natural progression from player to player-manager didn’t hinder his success either. His first season in charge brought a cup and league double as he helped to ease the shame of Heysel and the exile from European football.

His team from 87-89 with Beardsley, Houghton, Barnes, Rush et al, is widely considered to be one of the club’s best.  So good was the style of football played that is a great sporting what if, that the wonderful AC Milan side of that era didn’t meet Dalglish’s free flowing Reds. What a match up that would have been.

It is perhaps with stored common anger and resentment that some Liverpool fans have suggested with glee, that Kenny refuses his honour from the Queen. This point is understandable given the great hurt done to the city in April 1989 when the authorities colluded with the media to assort blame on Liverpool supporters for the fatal crush at Hillsborough.

For 96 fans to lose their lives, and countless others be scarred physically or mentally is one thing, for their memories to be purposefully tarnished is another.

Who knows how high up the chain of the command that collusion went? One thing is certain, the delays, dismissal and closed doors met by families seeking answers was as criminal as the negligence on that fateful April day.

Kenny’s support and love in the immediate aftermath and beyond truly transcended mere football and its tribal rivalry. He took on the role of a caring parent or an honourable statesman as he led the club and players through the worst days they had ever faced.

His shock resignation in 1991 was fuelled by the strain he had put on himself in those years after Hillsborough.  When you consider he was not even 40 years old, and yet bore so much of the emotional burden in those years, his commitment can never be in doubt nor can his status at the club.

Kenny attended every funeral along with at least one of the playing staff, and was a strong figure head in the decade’s long fight for the truth.  Hillsborough will forever be a subject which breaches all emotional seals, and it is with that in mind that some are indifferent to Kenny’s knighthood. To them it is not important for recognition to come from an establishment which willfully turned its back.

But this does Kenny a disservice. He deserves to be acknowledged by everyone, not just the football community. This is what his knighthood surely represents. A man standing by his people through the worst of times and doing so much to help based on the moral decency he was brought up with.  This is what leaders and legends are made of, and deserves to be truly commended.

CHECK OUT 10 OF THE BEST QUOTES ABOUT SIR KENNY DALGLISH