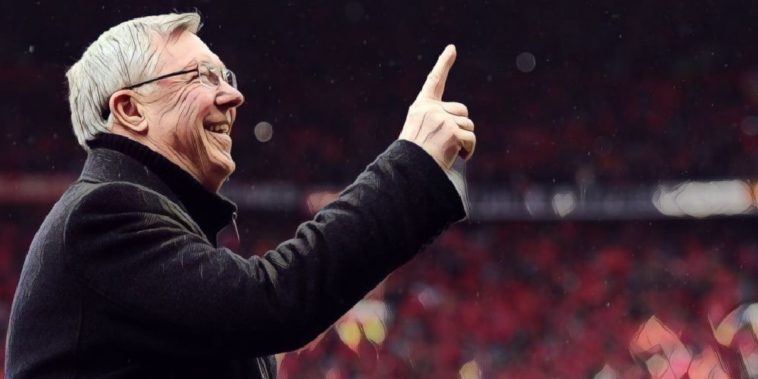 Sir Alex Ferguson has worked with some of the finest footballers English football has ever seen, and he has now revealed the key quality he looked for when looking to buy players.

The 79-year-old is the most decorated manager in English football history, winning an incredible 13 Premier League titles and two Champions League’s amidst a wealth of honours during his a stunning 26 year spell in charge of Manchester United.

Over the years, the Glasgow-born legend worked with legendary players such as Eric Cantona, Cristiano Ronaldo, Wayne Rooney and Ryan Giggs, players who possessed an abundance of natural talent.

However, Sir Alex has revealed that ever since his early days of management at Scottish side, East Stirling, he always sought out players with ‘mental toughness’ and shared his ‘determination’ to succeed.

“Some players I had were absolute natural footballers, with natural talent,” he told Manutd.com. “But there were other players who shared my determination, who maybe weren’t the best players but they made themselves the best players, because they had something inside them too.

“I go back to one of my first defeats as a manager, at 32 years of age. I didn’t expect it. I went into the game eyes wide open, that this was going to be easy. We lost 5-2 to Albion Rovers. I was the manager of East Stirling, the players were on £5 a week, or something like that. I came home and I said ‘if I don’t get Alec Ferguson in my team, I’m not going to succeed’.

“So I made sure that my players had a mental toughness about them, from that moment on.”

The United legend was asked about his ‘intuition’ when it came to signing players, though he put his decisions down to his natural ‘instinct’.

David Moyes and the enduring relevance of “old-fashioned” coaching