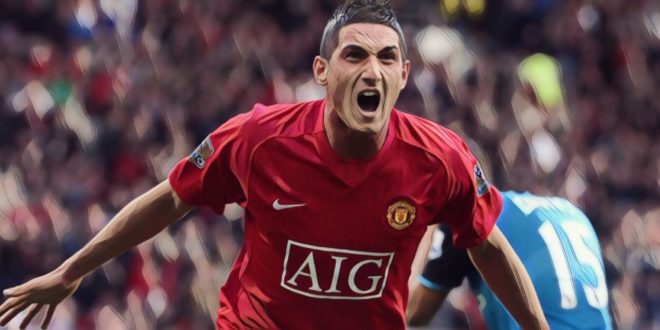 Five of the best debut goals in Premier League history

Harry Diamond 25/05/2020 Five of the Best, Opinion/Features Leave a comment

Premier League footballers will no doubt dream of scoring on their debuts for new sides, whilst there are few things that generate a buzz amongst the supporters quite like the arrival of the club’s latest talent.

Throughout the years we’ve seen several stars make an immediate impact on their Premier League bows, and we’ve decided to revisit some of the most memorable moments from the league’s dream debuts.

Here are five of the best debut goals in Premier League history:

Paulo Wanchope arrived at Derby County as a virtual unknown in the late nineties, the gangly forward having impressed with a prolific goal return in his native Costa Rica.

Wanchope arrived at the Rams – alongside compatriot Mauricio Solis – and immediately began to repay his £600,000 fee, netting a superb solo effort on his full debut in a famous away victory at defending champions Manchester United.

There appeared little danger when the 20-year-old forward picked the ball up inside his own half at Old Trafford, but Wanchope – unfazed by either the opposition or occasion – set off towards the United goal, his long strides eating up the grass in front of him.

The forward galloped away from Phil Neville before breezing past the challenge of Gary Pallister, finding space between four red shirts before opening up his body and slotting the ball past the helpless Peter Schmeichel.

Wanchope had announced his arrival in English football against the most formidable of opposition, his goal later voted by the fans as the greatest in Derby’s history at the club’s 125th anniversary celebrations.

Chelsea were not quite the same sporting powerhouse they are today at the turn of the millennium, but the west London outfit were a highly successful cup side littered with exciting foreign talent in the early 2000’s.

Croatian international Mario Stanic arrived at Stamford Bridge as part of a recruitment drive that saw fans’ favourites Jimmy Floyd Hasselbaink and Eidur Gudjohnsen head to the capital, and whilst his career in English football is largely forgettable in comparison to those contemporaries – his Chelsea bow certainly isn’t.

Stanic scored just seven league goals during a four-year spell with the Blues, with two of those goals coming on his full debut against London rivals West Ham. One part of that brace included a goal of sheer piss-taking proportions, nonchalantly juggling the ball with a series of touches before lashing home a volley from all of 35-yards.

Of all the Premier League’s dream debut goals, this may well be our favourite.

What a goal this was from Mario Stanic v West Ham! 👌 pic.twitter.com/gTNI7Frc0J

Federico Macheda’s career sadly peaked with a truly unforgettable introduction to the Premier League, the teenager announcing himself as a household name courtesy of a goal beautifully wrapped in both technique and importance.

Manchester United – embroiled in a tight title race with arch-rivals Liverpool – were desperately searching for a vital three points against Aston Villa to go back top of the division. Trailing 2-1 at Old Trafford, Ferguson gambled on the talents of an untested 17-year-old in a bid to salvage the contest.

Cristiano Ronaldo’s equaliser set up a grandstand finish, before Macheda took centre stage in stoppage-time to become an instant hero of the Stretford End. Receiving a pass from Ryan Giggs heading away from goal, the Italian forward produced a brilliant turn to find space before curling the ball into the far corner, the home crowd erupting in delight following the most dramatic of victories.

Macheda hit another winner in the following clash against Sunderland as United won the title by just four points, the forward still affectionately remembered at the Red Devils despite a nomadic career that failed to build on its initial promise.

Nine years ago today, Federico Macheda scored a goal that no-one will ever forget…

And now you can enjoy it again, in All the Angles! #MUFC pic.twitter.com/gNoE1Lwxi0

Danny Rose has hardly been a prolific goalscorer during a lengthy career with Tottenham and England, though his dream debut is one that will be difficult to forget for the Spurs supporters.

The youngster had recently returned from an unsuccessful loan spell at Peterborough before being thrust into the side for his full Premier League debut, in the hostility of a north London derby at White Hart Lane.

Rose took just ten minutes to earn hero status amongst the Tottenham supporters, making the sweetest of connections to thunder a 30-yard volley past Manuel Almunia in the visiting goal.

It is not unfathomable to think Rose has never hit a ball quite so perfectly in a decade since his debut stunner, an iconic north London derby goal and one that helped Spurs on their way to securing Champions League qualification for the first time.

Sergio Aguero became the latest big-money arrival at Manchester City in the summer of 2011, the club’s billionaire-backed project stepping up a level with the acquisition of the in-demand Atletico Madrid star.

Despite the Argentine’s impressive performances in Spain’s top tier, however, there were some who questioned the diminutive forward’s suitability to the Premier League, views which Aguero made a mockery of in some style on his City debut.

The forward came off the bench against Swansea City to score twice in an emphatic 4-0 victory for the hosts, firstly tapping home from close range before a wonderfully executed dipping effort from distance.

Aguero’s intervention was the first evidence of the technique and goalscoring prowess he would bring during a record-breaking career at the Etihad, ‘Kun’ becoming City’s all-time record goalscorer and the highest-scoring foreign player in Premier League history.