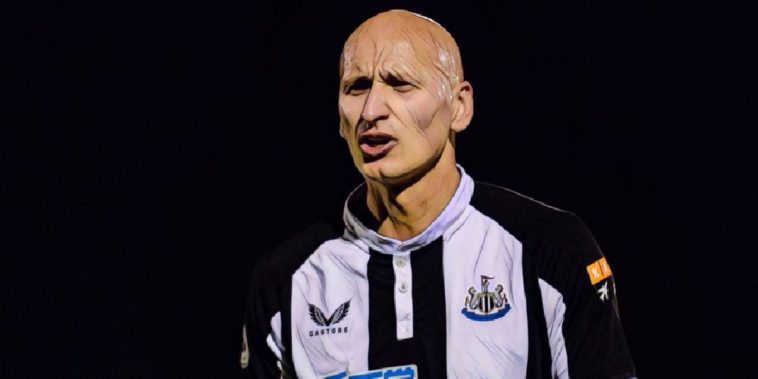 Newcastle United midfielder Jonjo Shelvey has opened up on being a part of an exciting new era at the club, while also discussing the recent transfer rumours regarding Kylian Mbappe and Neymar.

The excitement is well and truly building at St James’ Park following last week’s announcement that the club had been bought by a Saudi-led consortium in a £300m deal, with the takeover bringing an end to the turbulent reign of former owner Mike Ashley.

The Englishman’s 14-year stint in charge had been heavily criticised for a lack of investment both in the playing squad and in the club as a whole, while the new ownership group – fronted by businesswoman Amanda Staveley – are set to invest heavily in a bid to turn Newcastle into the next Premier League superpower.

While there remains concerns over the owner’s links to human rights abuses in Saudi Arabia, as well fears that the Saudi Public Investment Fund (PIF) is state-backed, the deal has been formally agreed by the Premier League after 18 months of legal disputes.

Upon the confirmation of the takeover, there were jubilant scenes outside the club’s home ground on Thursday evening, with supporters delighted to see the back of the much-maligned Ashley, as well as welcoming in their new multi-billion pound owners.

Speaking about the celebrations of supporters, current first-team star Jonjoe Shelvey insisted that the fans deserved to be excited having ‘suffered a lot in the past’.

“Those scenes outside the stadium were incredible,” Shelvey told the Mail. “I was going to have a drive down, I wanted to get out there with a beer myself!

“That reaction at the stadium is unique. The fans have suffered a lot in the past, so I think what we saw was a release of frustration and relief that the deal had finally happened.

“Credit to the fans, too, because they have helped push this deal through. It gives us all so much to look forward to.

“I went to watch Newcastle Blue Star on Friday night, my mate plays in goal. There were about 1,000 fans there, fully-grown men wearing Arab clothes, I couldn’t believe it.

“I got off at half-time because I couldn’t really watch the game in the end, but it was mad. They were so happy.”

It is just a matter of days since the takeover was completed, yet the new owners are already putting forward their long-term vision for the club, with Staveley insisting that the ultimate goal will be to end the club’s barren run and win a first league title since 1927.

The hope for many supporters is that the Magpies can emulate the rise of fellow Middle East owned clubs Manchester City and Paris Saint-Germain, although Shelvey admitted that it will likely take time for his side to reach that level.

“I probably won’t be around when that does happen!” Shelvey said. “I know how long that could take.

“But to hear someone come in and say that, as a footballer, it makes you want to stay and fight for a place to be a part of it, those aspirations and goals.

“I’ve got 18 months left on my contract, so it comes down to me to show the people in charge what I’m about. I have to look after number one, it’s my career.

“So it is nerve-racking, but I’m a positive person and I’ll try to grasp the opportunity with both hands. There is excitement and nerves, I suppose.”

There is already talk of a potential spending spree in January in order to bolster a squad that is currently without a win in the top-flight so far this season, with supporters already dreaming about the likes of Lionel Messi and Kylian Mbappe joining the club, though Shelvey warned that such additions ‘won’t come overnight’/

“This is unbelievable for the club,” he added. “The fans have been asking for this for a very long time. It’s great news for them.

“I understand what the fans want – they want Mbappe and Messi. All I can say is, that won’t come overnight, we have to be realistic.

“In terms of the set-up, we all know the training-ground facilities are below par when it comes to Premier League standard. As players we’ve got on with it and we’ve had to deal with that to the best of our ability. The money just hasn’t been there. That was hard to accept.

“But the money will be there now. I understand you can’t go spending so much straight away, and it will be a long process, but it’s one that this club and the fans deserve.

“This club can achieve anything it wants now, the sky is the limit.”