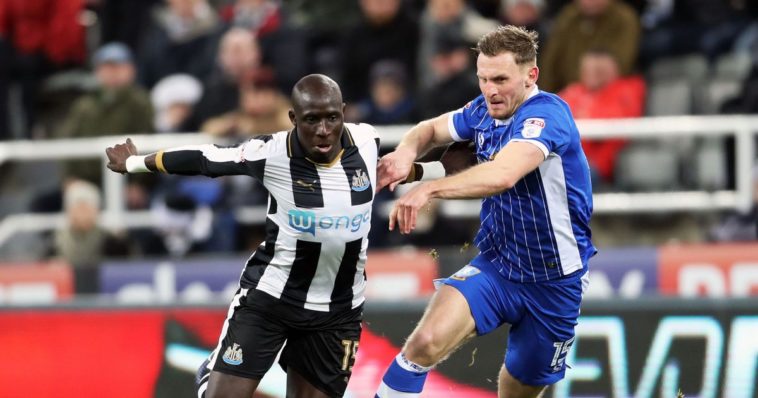 Two defence errors following set pieces prevented Newcastle from returning to the top of the Championship.

Two second half goals gave Sheffield Wednesday the lead before Jonjo Shelvey pulled a goal back to set up a tense finale at Hillsbrough.

The early stages of the game were dominated by the hosts when two glorious opportunities came their way. The first being Gary Hooper’s shot firing against the bar after Paul Dummett mistimed his clearance terribly. Hooper was again amongst the action when he squared the ball past Karl Darlow in the area, only for Steven Fletcher to miss at an empty net.

For a long spell in the first half Newcastle retained possession over and over again, but failed to make Kieran Westwood work between the sticks.

Gary Hooper created another chance for the hosts when he stopped Chancel Mbemba from shielding the ball out. The Congolese international was left flat footed as Hooper sent in a drilling cross, only for Karl Darlow to keep the ball out in a world class manner.

The last kick off the half could have turned out to be one of the best goals of the season when Jonjo Shelvey fired a long shot from inside his own half. The effort certainly caught Kieran Westwood off guard as the ball cannoned off the crossbar. Matt Ritchie was first to react but his pass was soon intercepted.

In the second half, Newcastle looked fired up. Jonjo Shelvey had another chance when his free kick was well saved down low.

However when Newcastle were on top it changed around suddenly. Tom Lees got on the end of Ross Wallace’s free kick, outjumping four Newcastle players, and steered the ball past Darlow.

Sheffield Wednesday were soon two goals up. The second came swiftly after the first, as Steven Fletcher looped the ball in over Darlow after a long throw to make it 2-0.

At the other end, Aleksandar Mitrovic chested the ball down,  before acrobatically guiding his shot at goal. It was parried out to Jonjo Shelvey who blasted the ball past Westwood giving the goalkeeper no chance.

The 88th minute goal fro Jonjo Shelvey gave Newcastkebhooe, but it wasn’t to be enough.

The Magpies failed to complete a heroic comeback in the end and now sit two points behind leaders Brighton. Newcastle will hope to find a win in their upcoming match against Leeds on Good Friday.