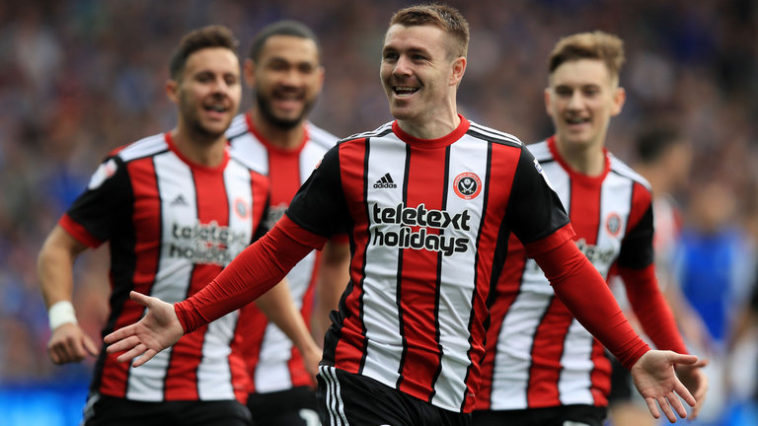 Since making their return to the EFL Championship in August, Sheffield United have began life strongly back in the second-tier.

In their opening 12 games, Sheffield United have picked up 24 points. The Blades have won eight matches, only losing four in the process.

Chris Wilder’s side have picked up some notably great results, such as a 2-0 win over Wolverhampton Wanderers in September. Additionally United have put in some solid displays in a variety of matches, specifically their 4-2 victory over arch-rivals Sheffield Wednesday in the steel-city derby.

At this point, Sheffield United sit comfortably in 3rd just two points off the top. Now as we enter mid-October, perhaps Blades fans shall grown in optimism, as their strong start to the season could potentially grow into a long-term success this season.

Firing on all cylinders up-front

Both Clarke and skipper Sharp are joint top-scorers with four goals each. Summer signing Donaldson has scored two goals, but Blades fans can expect more from the former Birmingham City striker.

On Saturday, Sheffield United climbed to 3rd as they beat Ipswich Town 1-0 at Bramall Lane.

Chris Basham headed the game’s only goal on the 49th minute, to give United all three-points. Striker Leon Clarke also came close to doubling their lead, however he could only hit the bar.

Following that result, Chris Wilder’s side now sit in 3rd, just two-points off leaders Wolverhampton Wanderers and level on goal-difference with Cardiff City.

Sheffield United fans: Can your side keep this fine form up? Is the play-offs a realistic prospect? Let us know your thoughts.