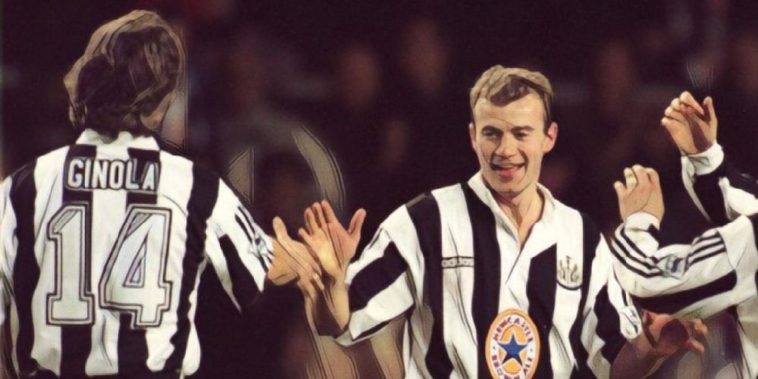 They are two of the Premier League’s legendary players, but Alan Shearer’s early experiences of playing with David Ginola were exasperating, the all-time leading scorer admitting he lost his rag with the Frenchman.

Ginola arrived in English football in 1995, joining Kevin Keegan’s exciting Newcastle United side, and catching the eye of a certain Alan Shearer, the Newcastle native plying his trade with reigning champions Blackburn Rovers at the time.

Speaking on the latest Match of the Day podcast, Shearer admitted his admiring gazes from afar of Ginola, though he quickly became frustrated with the floppy-haired Frenchman after completing a world-record transfer to his boyhood club in 1996 – frustrations that led to ‘a huge row’ after just five or six weeks.

“When I was at Blackburn, I used to watch the Newcastle games obviously, and I used to think, ‘My goodness,’” Shearer admitted.

🗣 @SteTudor123 explains the effect David Ginola had on supposedly heterosexual men in the nineties.

🚨 Full episode of the podcast lands on Thursday.

“I had two great wingers at Blackburn in Wilcox and Ripley, but I used to watch the way Newcastle played with Gillespie on one side and David Ginola on the other.

“The crosses that Ginola used to put in, I’m thinking, ‘God, heaven playing in that team, the number of goals you’d score.’

“I went into that team and for the first five or six weeks, David Ginola never put a ball in the box. I lost my rag. I’m thinking, ‘What the f*** is going on here? What’s happening?’.

“I eventually – I’m surprised it took five or six weeks actually – I eventually went in after one game and I’d had enough. I blew my top and we had a huge row and that was it.

“After that it was fine. Balls were coming in in most games, but he didn’t want to put the ball in for some reason in the first five or six weeks of the season.”