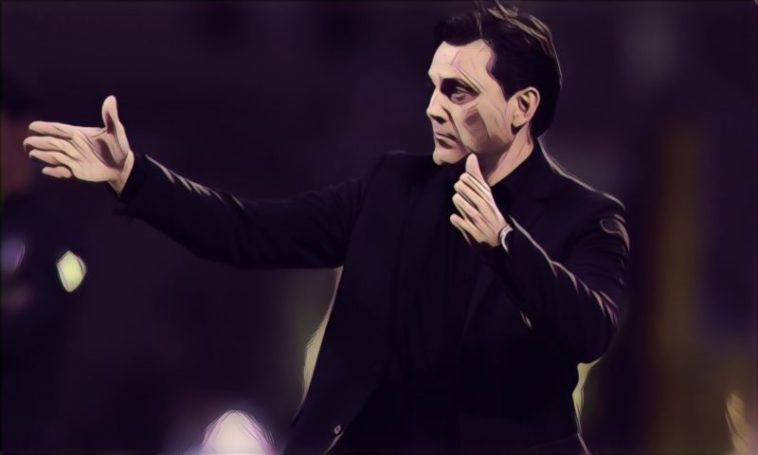 Manchester United travel to Sevilla tonight for the first leg of their Champions League last 16 tie, and in the build up to the game the Spanish sides coach Vincenzo Montella has admitted that he is a big fan of his counterpart Jose Mourinho.

The Italian coach revealed that he has been studying the Red Devil’s coaches methods for many years, when he said:

“Mourinho was a pioneer when it comes to tactics in football,” . “I’ve read many books. I think Mourinho is quite a good rival.”

“I am really excited by tomorrow’s match. We’ll need to be ready mentally and physically.

“It’ll be a great day, great match. I don’t know how many matches Mourinho has played in this competition but we will be ready.”

Montella, who formerly managed AC Milan, has done a solid job with Sevilla since joining the club in December, and his team currently sit in fifth place in La Liga.

Jurgen Klopp’s Liverpool drew both their games against the Spanish side in the group stages, so Mourinho will be aware that his team will not face an easy match tonight, despite United being clear favourites to progress over two legs.