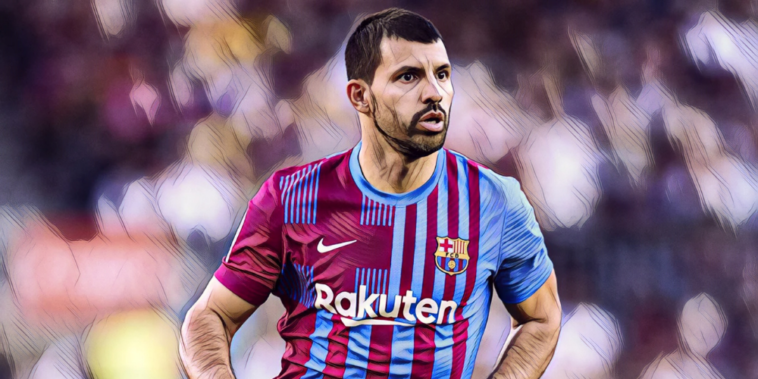 Sergio Aguero has announced his retirement from football with immediate effect, on the advice of medical professionals.

Aguero has not featured since suffering chest issues during Barcelona’s 1-1 draw with Alaves in October, with the forward later diagnosed with a cardiac arrhythmia (irregular heartbeat).

The 33-year-old has now announced his retirement from the sport during an emotional press conference, bringing an end to career that has seen the star score 386 goals across spells with Independiente, Atletico Madrid, Manchester City and Barcelona.

Speaking at the press conference to announce his retirement, Aguero said: “My health comes first. Medical staff have told me it’s best to stop playing and so I’m now leaving Barcelona and retiring from professional football”.

Aguero had just five appearances for Barcelona since signing on a free transfer from City last summer, bringing an end to a decade-long spell at the Etihad that saw him become the club’s all-time record goalscorer.

His first season saw Aguero score arguably the Premier League’s most iconic goal, netting a stoppage-time winner against Queens Park Rangers as City were crowned champions in dramatic fashion on the final day.

Aguero scored 260 goals in 390 appearances for City and departed English football as the highest-scoring overseas player in Premier League history and fourth-highest overall.

His average of a goal every 108 minutes is also the best in Premier League history, whilst no player has ever scored more than Aguero’s 12 hat-tricks in the division.

Aguero also won 101 caps for Argentina, scoring 41 goals, and formed part of the side that won the Copa America last summer, ending a 28-year wait for a major international title.