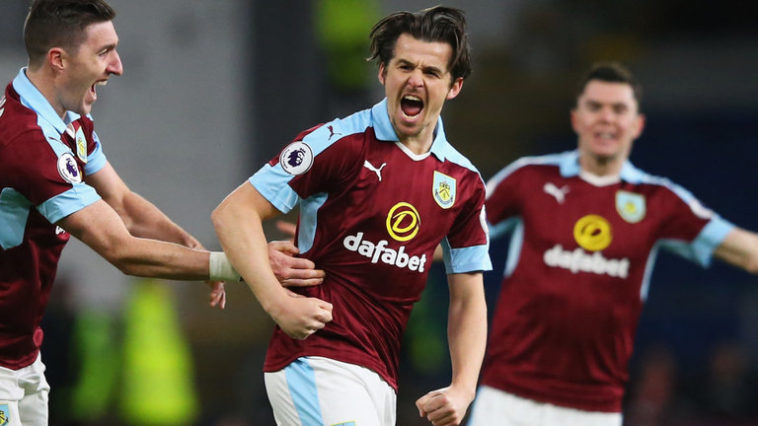 The Clarets make the long and arduous journey to the Liberty Stadium on Saturday to take on Swansea City, whigh despite their League position, are one of the Premier Leagues in-form sides.

After doubling their points tally on the road at Hull last weekend, Burnley travel to Swansea with renewed hope that they can finally pick up that elusive away win.

Ashley Barnes received his marching orders at the KCOM, so the Clarets will be without him on Saturday and he is joined by the injured Steven Defour and Johann Berg Gudmundsson.

The return of Jeff Hendrick, following a three match ban, will be a huge boost for the Clarets, but the question lies, what team will Dyche put out on Saturday?

Personally, on Saturday, I would revert to the 4-5-1 system that Dyche played a few months back and match Swansea up in midfield.

One of the main reasons for this is Swansea’s capabilities in midfield and how heavily they play through the middle of the park. If the Clarets line up with their usual two in the middle, they will get outplayed by the Swans, who will have them outnumbered.

Another reason is that Barnes isn’t playing and Vokes isn’t good enough to be starting games if you are seeking a win.

Instead, I would leave Andre Gray up front on his own and bring Hendrick back into a midfield three, in the attempt to tighten up and not give anything away.

Burnley already have points on the board and going to places like Swansea, we don’t need to go there and go all guns blazing to win the game, where as they do and that is where we can pick them off on the counter attack with Andre Gray.

A midfield three of Jeff Hendrick, Ashley Westwood and Joey Barton would be in order on Saturday, in what could well turn out to be Barton’s last game in Claret and Blue.