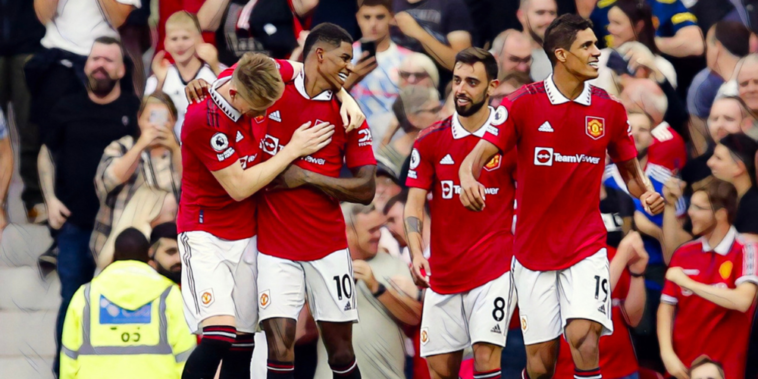 United extended their recent run to four consecutive Premier League victories with a 3-1 win over league leaders Arsenal on Sunday, as a debut goal from Antony and Marcus Rashford’s double sealed three points at Old Trafford.

“It’s definitely looking a lot different from what it did in the first two games there’s no doubt about their level coming up,” the club’s former goalkeeper told BBC Radio 5Live.

“In the last four games the performances have been very very good.

“I think what pleases me the most is the mentality you can see the difference in the willingness to do what you need to do on the pitch, the running of the lost causes and putting pressure on the ball, things we haven’t really seen the team do for quite a while.

“It feels like [Erik] Ten Hag is getting his message through to the players and they’re responding.”

Schmeichel believes the defeats to Brighton and Brentford were important factors in the recent turnaround, provoking an instant reaction from both the squad and ownership.

“When you’ve had the start that [Erik] Ten Hag had with the Brighton defeat and of course the Brentford 4-0 that we don’t really want to talk about, I think it’s helping everything at Manchester United at the moment.

“It’s made everybody think, it’s made the owners put more money into the kitty for players it’s made everybody who wants to play for Manchester United – they know now they’ve got to work really really hard and they’ve done so in four games now so when he mixes the team and gets that team out and Scott McTominay is in there and he has actually played very well there’s no reason to change that.

“There’s so many new players in there, just because you have players available you don’t have to change players from game to game and I think it’s been a clever move by the manager just to keep it steady use the same players.

“They’ve gelled together well, they’ve performed really really well, so Casimero will get his chance, he will play and he will be the first choice in time to come.”