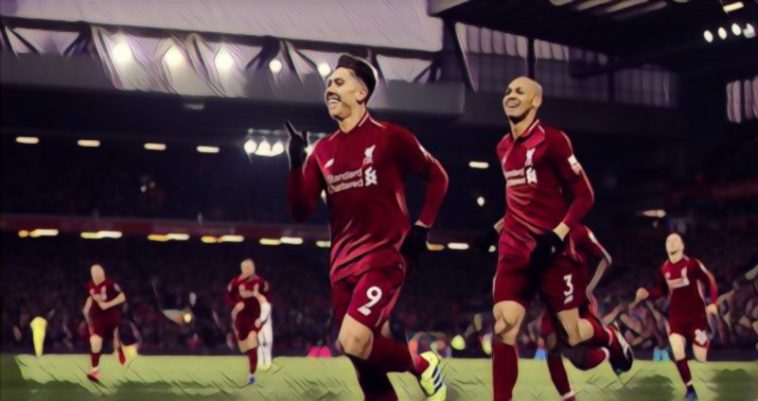 Danny Murphy thinks that Liverpool’s recent results, and their remaining fixtures, make them the ‘strong favourites’ to finally win the Premier League.

10 man Liverpool came from behind to grab a crucial 4-3 victory in what was a pulsating game against Crystal Palace at Anfield on Saturday afternoon, although they were reliant on an element of luck when Julian Speroni practically handed Mo Salah his second goal of the afternoon.

The Reds also got lucky in their 1-0 win Everton, when Jordan Pickford’s 96th minute error gifted all three points to their Merseyside rivals.

After analysing the win over Palace, former Liverpool midfielder Danny Murphy thinks that the Anfield outfit are now firm favourites to finally get their hands on that ever-elusive Premier League trophy.

“Today was the day I have actually really gone all in on Liverpool to win the league,” he said on Match of the Day.

“I believe they are going to do it.

“I am thinking the last minute winner against Everton, the bit of luck with the deflections today (against Crystal Palace), things are going their way.

“And they have only got Spurs and Chelsea at home who you would fancy them to beat and Manchester United and Everton away which are the tricky ones.

“But I think with Liverpool’s fixtures and City’s fixtures, Liverpool are strong favourites.”