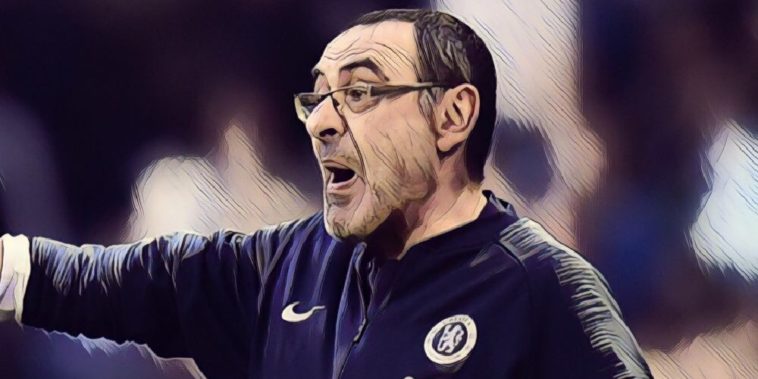 Maurizio Sarri has revealed that he is always tweaking elements of his playing system, while also discussing how long it will fully take Chelsea to adapt to ‘Sarri-ball‘.

Much was expected from Chelsea this season following the appointment of the Italian, who had narrowly missed out on the Serie A title with Napoli last season, playing some fine, possession-based football along the way.

However, despite an initial 12 game unbeaten streak which looked like Chelsea could fight for the Premier League title, the Blues have drastically gone off the boil, and go into this weekend’s action in sixth, three points behind Arsenal, although they do have a game in hand.

Chelsea’s form has seen criticism pointed towards Sarri and his much-fabled playing style, although in an interview with Sky Sports, he has insisted that he is tweaking elements of his system in every single game.

“You are talking only about the system, I think, because I like to play always with the same system, but in every match we change almost everything. In the defensive and offensive phase, especially when we have to build up the action with the defenders.

“I think the press consider only the system, not that we change our way of playing in every match. Of course we like to study the opponents, because of course we need to change something in our defensive phase in relation to the movements of our opponents.”

Asked how long it will take to implement his preferred style of play, Sarri said it could take up to one-and-a-half seasons to get it right, suggesting that English players aren’t as tactically astute as their Italian counterparts.

“It’s impossible to answer. Sometimes three months is enough, sometimes you need one season or one season and a half. I think if you change country, change football, it is longer.

“Now I am in the first season in England, and I started to understand some things, not everything at the moment, so now I realise that here it [takes] longer, more difficult. Because the mentality is different.