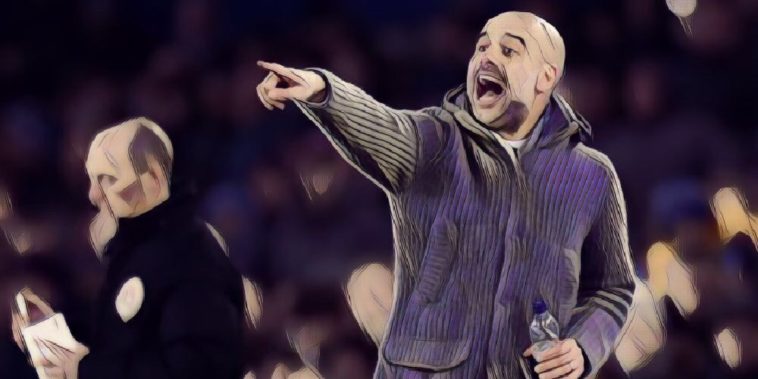 Pep Guardiola has revealed that he wants to strengthen his squad in ‘three or four positions’ and that he already has some ideas on who he wants Man City to target.

Manchester City are aiming to become the first side to retain the Premier League title in a decade, with Manchester United the last team to do so back in 2008/9.

The Citizens achieved a record 100 points last season, and are still on course to notch up 98 points this time round, although the chance to become champions is out of their hands, with Liverpool one point ahead with 10 games to play.

It seems as though Pep Guardiola is certainly not happy about the challenge to his title, and wants Man City to strengthen in a number of positions on the field, including in central midfield, a position they tried to bolster last summer although they missed out on the signing of Jorginho who opted for a reunion with Maurizio Sarri at Chelsea.

“You know we are going to try for a holding midfielder and other positions we are thinking about,” Guardiola told the media at his pre-match press conference.

The former Barcelona and Bayern Munich boss also admitted that he wanted to strengthen at left-back, after seeing £50 million defender Benjamin Mendy restricted to just 16 Premier League appearances since moving from Monaco back in 2017 thanks to two serious knee injuries, with the City boss revealing he is concerned it could happen again.

“If it happens in two seasons, it can happen in three, definitely. Hopefully not, we’ll work with that, but the truth is we could use him for a few games. That is the reality,” he added.

“I don’t know what’s going to happen but we are thinking about the chance to find somebody in that position.

“At the end the strongest guys, every day, are there. That is the truth. That’s why we are looking for next season.

“There are three or four positions I think we have to try to look for, and some ideas we have.”