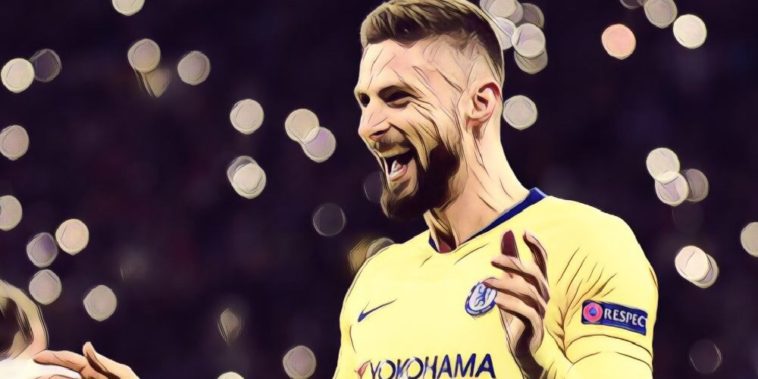 Maurizio Sarri says Olivier Giroud is a ‘very important player’ after the forward hit a hat-trick in Chelsea’s 5-0 win at Dynamo Kiev on Thursday.

The 32-year-old scored a perfect hat-trick as Chelsea advanced to the Europa League quarter-finals with an 8-0 aggregate win, with Marcus Alonso and Callum Hudson-Odoi also on target in a comprehensive win in the Ukrainian capital.

World Cup winner Giroud has fallen behind January signing Gonzalo Higuain in the pecking order at Stamford Bridge, but the forward has thrived when given an opportunity in Europe with the former Arsenal striker’s treble making him the competition’s top scorer with a hugely impressive nine goals.

Sarri was full of praise for Giroud’s impact, saying he is ‘very happy’ with the Frenchman’s contribution.

“In the last period, every time he has been on the pitch, he was able to play really very well. He has scored nine goals in this competition,” Sarri said in his post-match press conference.

Chelsea were drawn against Slavia Prague in the Europa League quarter finals.