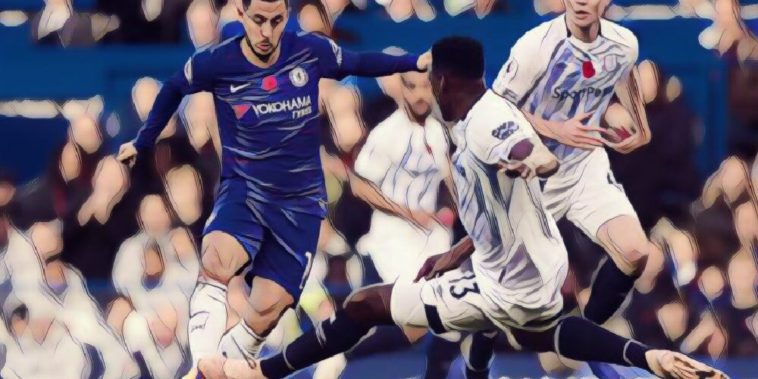 Maurizio Sarri has said that his Chelsea side were unlucky not to beat Everton in what was an encapsulating encounter at Stamford Bridge earlier today.

It was a game that had a little bit of everything, apart from goals, as the two sides played out an entertaining stalemate in West London.

Chelsea had the better of the game throughout, dominating the possession as well as creating the majority of chances, but were unable to find a way past England number one Jordan Pickford in the Everton goal.

However, while the Blues from Merseyside would have a number of chances of their own, Maurizio Sarri thinks that his side’s second half performance, in particular, was enough to secure all three points.

“I think we played better in the second half with more intensity, we moved the ball faster. I think we have to sort out the problem of the approach of the match because in the last two or three matches we haven’t been approaching the games right.

“At the beginning, we moved the ball too slowly, so it is easy for the opposition to defend and impossible for us to be dangerous. Against Crystal Palace, the first 25 minutes were like today. We were unlucky in the second half.

“We have to accept the draw, at the end it’s a good point and we are still unbeaten.