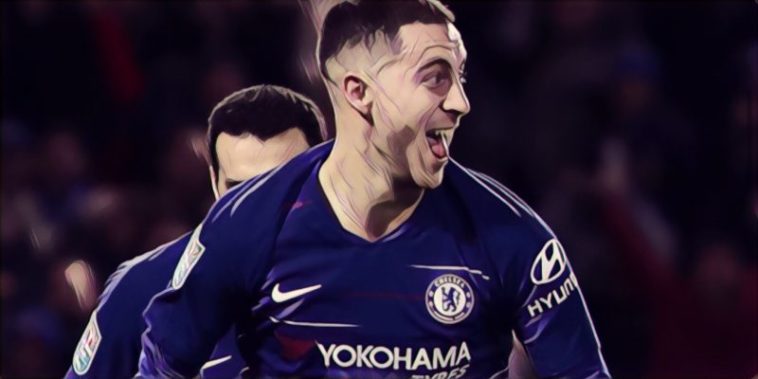 Maurizio Sarri has admitted that he ‘cannot do anything’ to persuade Eden Hazard to stay at the club amid the strengthening rumours linking him with Real Madrid.

Reports in both Spain and England have suggested that a deal to finally take Hazard to the Bernabeu is increasingly likely to happen in the summer, with a £100 million price tag having claimed to have been put on his head.

However, in what was an incredibly frank and probably slightly too honest interview, Chelsea manager Maurizio Sarri said that £100m is ‘too cheap’, although he suggested that he could be powerless to keep the talented Belgian at Stamford Bridge.

“Hazard played a wonderful match. He did well against Brighton too. We are very lucky because it is very easy to win the match when he is able to make that kind of difference,” Sarri told Sky Sports.

“It (£100m) is too cheap in this market! We have seen in the last few windows every price I think. So it is very hard to get another player like him. I cannot do anything I think. The club agrees with me. But if Eden Hazard wants to make another experience it is very difficult to keep him here.

“We are trying to improve to become one of the best teams in England and as a consequence in Europe but I think that I have to respect his decision.”

Hazard scored twice as Chelsea beat West Ham 2-0 to move up to third, with the Blues number 10 describing his first strike as ‘something special‘.