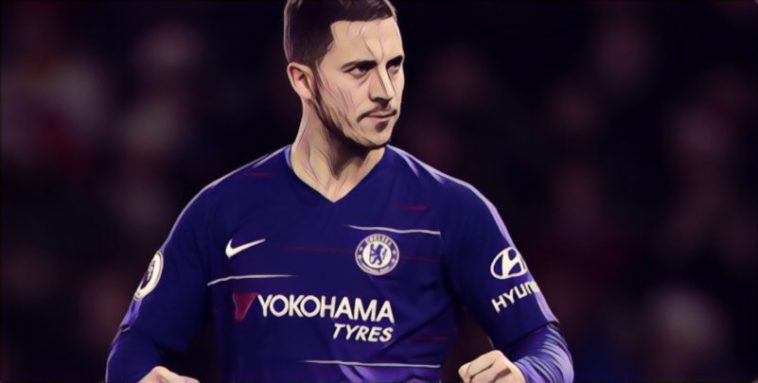 Chelsea have reportedly slapped a £100 million price tag on the head of Eden Hazard as they look to recoup as much money as possible for their wantaway forward.

The Belgian is thought to be intent on finally make his ‘dream‘ move to Real Madrid in the summer after seven highly successful seasons at Stamford Bridge.

The 28-year-old has never kept his desire to wear the famous white shirt of Los Blancos a secret, frequently talking up a potential move to the Bernabeu, and with Zinedine Zidane back in control in the Spanish capital, a move this summer is widely expected.

While Chelsea would love to keep hold of their talisman beyond the end of the current campaign, especially considering that they will be unable to replace him in the summer thanks to their FIFA imposed transfer embargo, Hazard only has 12 months remaining on his deal at Stamford Bridge meaning that he would be a free agent the following summer.

Reports in Spain earlier this week suggested that a deal to take the Blues number 10 to Real Madrid could be concluded in the coming days, although The Independent claims that ‘there is still a lot of negotiating to do’.

Hazard has netted 83 goals in 239 Premier League appearances for Chelsea since arriving from Lille back in 2012, and has won two league titles, one FA Cup and one Europa League.