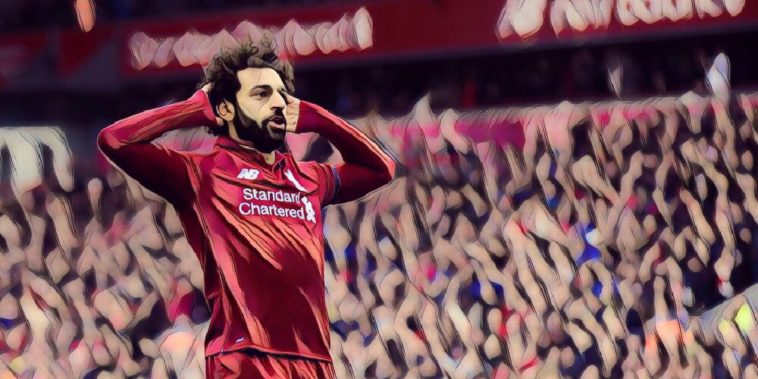 Mohamed Salah has admitted he got ‘a bit lucky’ after scoring a screamer in Liverpool’s 2-0 win over Chelsea on Sunday.

Sadio Mane’s header had opened the scoring for Jurgen Klopp’s side, before Salah netted a second moments later with a stunning strike from distance.

Collecting Virgil Van Dijk’s long pass, the Egyptian cut in from the right before unleashing a powerful left-footed drive that flew past Kepa Arrizabalaga and into the far top corner.

The goal was the 26-year-old’s 19th league goal of the season, the joint-most in the division alongside Manchester City’s Sergio Aguero, and Salah admits he was fortunate to see his effort hit the back of the net.

“I don’t think, I just feel! This one I decided as it was far out I just to go with power and it was a bit lucky the ball hit the net like that,” he told Sky Sports.

“Henderson did a great job [taking the defender away] and it makes it easier for me. He was part of the goal of course, it’s part of our job in training, we do tactical things and I think it’s working well.”