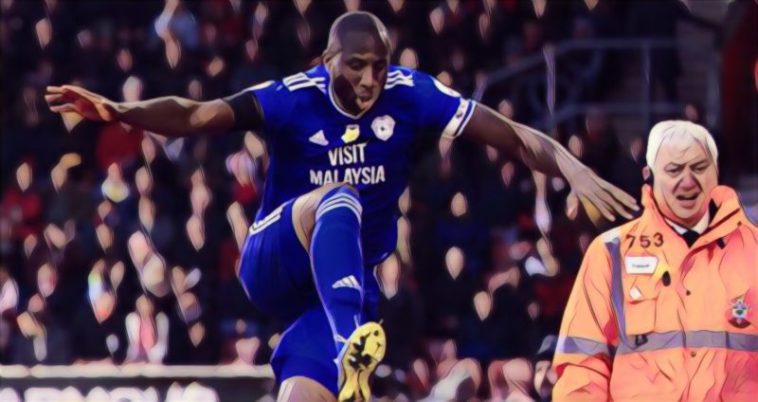 Sol Bamba said that Emiliano Sala was looking down on Cardiff City as they grabbed a vital last-gasp win against Southampton this afternoon..

While there is still 12 games to go, today’s clash at St. Mary’s was a proper six-pointer, with Cardiff and Southampton being separated by just two points at kick-off.

Cardiff took the lead through Bamba in the 69th minute, but Southampton thought they had salvaged a point when Jack Stephens equalised in the 91st minute. However, the action wasn’t over, with Kenneth Zohore scoring in the 93rd minute to steer the Bluebirds clear of the drop zone.

Speaking after the game, Cardiff centre-back and opening goalscorer Bamba described it as a ‘massive boost’ to their survival hopes.

“It’s been a tough couple of weeks. We knew we had to come here and get a result and it wasn’t easy. But to put in a performance like this is very good and we’re very pleased at the end,” Bamba told Premier League Productions.

“It’s a massive boost, especially at this stage of the season. We want to build momentum and have a run of games so it was good to get the win today and hopefully we can build on that.

The attentions of European football have been fixed on Cardiff City in the last few weeks following the tragic death of Emiliano Sala, shortly after completing his club record move from Nantes, but with Zohore’s last-gasp goal securing all three points, the Cardiff captain reckons that the Argentine was looking down on the Bluebirds:

“It can’t get better, scoring the first goal in front of our fans. A lot goes through your mind. I know Emiliano Sala was looking from up there so it’s good to get the three points.”