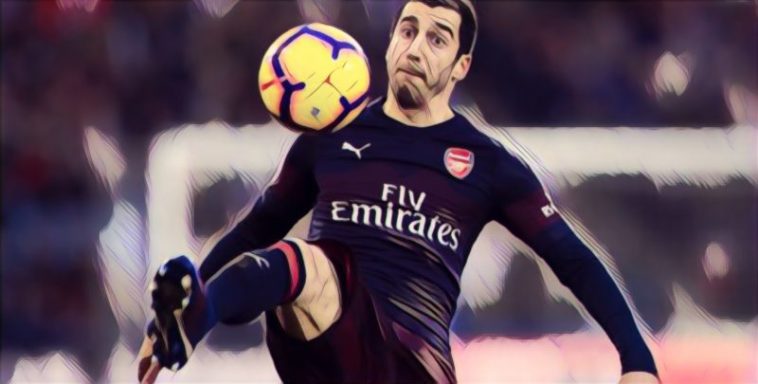 Henrikh Mkhitaryan described Arsenal’s 2-1 win against Huddersfield as ‘important’ as they continue in their pursuit of Champions League football.

Last weeks defeat to Man City saw Arsenal slip to sixth in the table, three points behind Chelsea and one behind Manchester United.

Fortunately, Arsenal were up against Huddersfield today, a team who have picked up just 11 Premier League points so far, and the North London club sealed the win thanks to first-half goals from Alex Iwobi and Alexandre Lacazette before Sead Kolasinac put the ball into his own net in the 91st minute.

Mkhitaryan was making his first appearance in almost two months having suffered a fractured Metatarsal back in December, and the Armenian said he was delighted to return to action.

“The score was closer than we would have liked as the last game we won away was two months ago so it was important to get the away win and three points,” he told Sky Sports.

“It was very important to score twice in the first half, we had other chances to score but we were unlucky, and couldn’t score. Most importantly we won and can now look forward.

“With their new manager Huddersfield play very well and I wish them good luck, but most importantly we came here and won.

“We try to do everything to win every game, because every point is important. We will focus for the Europa League and then switch back to the Premier League.

“I am happy to be back after two months so I will keep on working and doing my best for the team.”

Next up for Arsenal is a trip to Belarus to face BATE Borisov in the Europa League.