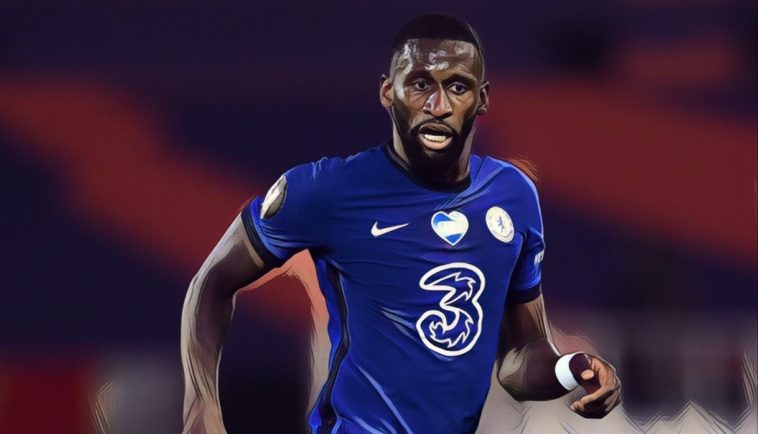 Antonio Rudiger’s future at Chelsea is reportedly in doubt after the defender was left out of the matchday squad for the 2-0 defeat to Liverpool at Stamford Bridge.

Chelsea‘s familiar defensive flaws were once again exposed during defeat to the champions on Sunday, with neither Kurt Zouma or Andreas Christensen convincing at the heart of the defence with the latter sent off after clumsily hauling down Sadio Mané on the stroke of half-time.

Despite their poor defensive record – Chelsea conceded more goals than any other team in the Premier League‘s top half last season – Germany international Rudiger does not appear to be part of Frank Lampard’s plans. The centre-back was an unused substitute against Brighton before being left out of the squad this weekend despite being fully fit.

According to the Daily Mail, the future of the 27-year-old is now in serious doubt with Fikayo Tomori utilised off the substitutes’ bench against Liverpool, whilst Lampard also has summer signing Thiago Silva available following the veteran’s free transfer arrival from Paris Saint-Germain.

Rudiger’s absence from the matchday squad is a clear sign of his status in Lampard’s thinking as Chelsea continue to struggle defensively, their backline still an area of major concern despite an expensive summer spend on a host of marquee arrivals.

🗣"We have to have time, our objectives are higher, our expectations are higher"

Frank Lampard on Chelsea as a team pic.twitter.com/zyEI2rpoZq

Their struggles remain a huge concern and the signing of Silva – who captained PSG to the Champions League final last season – is only a short-term measure given the Brazil international turns 36 tomorrow, whilst there is no guarantee that the centre-back will adapt to the demands of English football despite his pedigree.

Lampard has defended his decision to leave Rudiger out of the squad and says the decision is not an indication of the German’s long-term future at Stamford Bridge, with the Chelsea boss insisting it was a tactical decision to ensure a balanced bench against the Reds.

Lampard will also hope to have both Silva and fellow summer signing Ben Chilwell available in the coming weeks as he bids to solve his side’s defensive flaws with the west London outfit scheduled to face Barnsley in the Carabao Cup on Wednesday.

Read: Why the soft treatment of media darling Lampard is irritating and unsavoury

See Also: Tweets of the Week: Bale’s back, Aubameyang re-signs, but Man United in distress