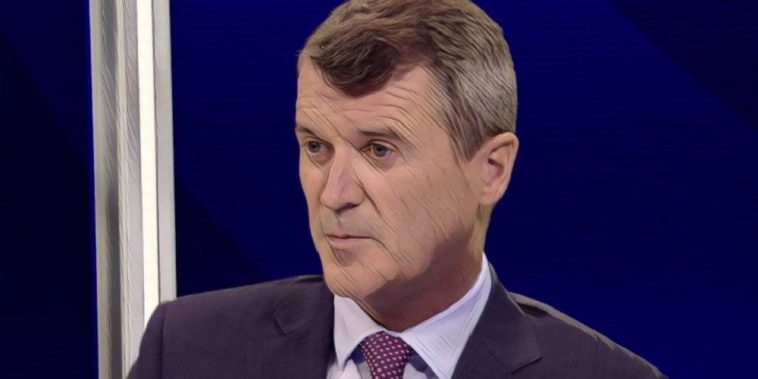 Roy Keane has highlighted the two areas he’s ‘not convinced’ by in the Manchester United squad ahead of the new season.

United begin their Premier League campaign at home to Leeds on Saturday lunchtime, with optimism having been raised around the Red Devils following their summer transfer business.

Jadon Sancho has arrived in a £72.9m deal from Borussia Dortmund, whilst the club are in the process of completing the signing of four-time Champions League winner Raphael Varane from Real Madrid.

Despite those additions, Keane remains unconvinced of his former side’s ability to compete for the Premier League title this season, with the former club captain believing the squad is short of quality at right-back and in central midfield.

“I still have my doubts with United,” Keane told The Overlap. “I think that the couple of signings that they have made have been fantastic, there’s no doubting the quality that they have got in. But I’m worried about the middle of the park.

“We’ll get to the goalkeeper in a minute and I’m still not convinced with the right-back, but I think the signings have been good, and I still have a feeling United will pull something out of the bag over the next few weeks.

“I still think they need someone in the middle of the park.

“Fred…[shakes head]. McTominay, good young player and is improving, but there’s talk of changing system to a 4-3-3 and the middle of the park worries me ahead of next season.”

Asked if he thinks they will sign a midfielder before the August 31st deadline, he said: “I think they need to get one, yeah.”

“People talk about recruitment, but for Ole, it will be about shifting people on as well,” he continued. “Sometimes you are waiting for a couple of players to go out [before you can bring someone else in]. ‘

“I’ll say the same for Fred and maybe McTominay. McTominay is a good young player, I’d persevere with him, but the proof is in the pudding.

“I think the right-back is not good enough for Man United – and these are good players, but if you are talking about winning league titles, then they have come up short over the last few years. It’s not as if they have been close to winning, they’ve not! They’ve had some good cup runs, but they’ve come up short in the big games.

“Man United, for me, need someone in midfield, but that’s huge money and I think they need to shift a few players on [first].”