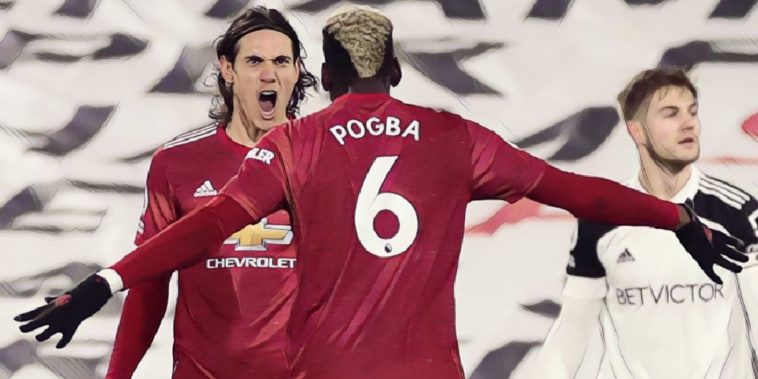 Wayne Rooney has praised the ‘winning mentality’ of Manchester United and has backed his former side to win the Premier League title this season.

United currently sit top of the Premier League following a 2-1 victory at Fulham in midweek, the win at Craven Cottage extending their unbeaten away run in the division to 16 games in a sequence that has stretched more than a calendar year.

Ole Gunnar Solskjaer’s side fell behind before recovering to seal all three points, the seventh time the Red Devils have trailed this season before coming back to secure victory – their 21 points amassed from losing positions comfortably the highest in the division.

Rooney believes his former side are now primed for a genuine title tilt and has praised the additions of Bruno Fernandes and Edinson Cavani for adding a ‘winning mentality’ to the squad, believing the marquee signings will help bring the best from the in-form Paul Pogba.

“The last few years, Manchester United haven’t been ready to challenge for the title,” said Rooney ahead of Derby’s match at QPR. “But now they’ve brought in players like Fernandes and Cavani – players with a winning mentality – that has helped massively, and now the squad is challenging for a Premier League title.

“I said to the coaches in the office here six weeks ago that I thought Manchester United will win the League. I still feel that today.

“Paul Pogba will have a massive part to play in that. Those players that have been brought in with winning mentalities will relieve some of the pressure from Paul a bit, and he can now show his quality on the pitch.”