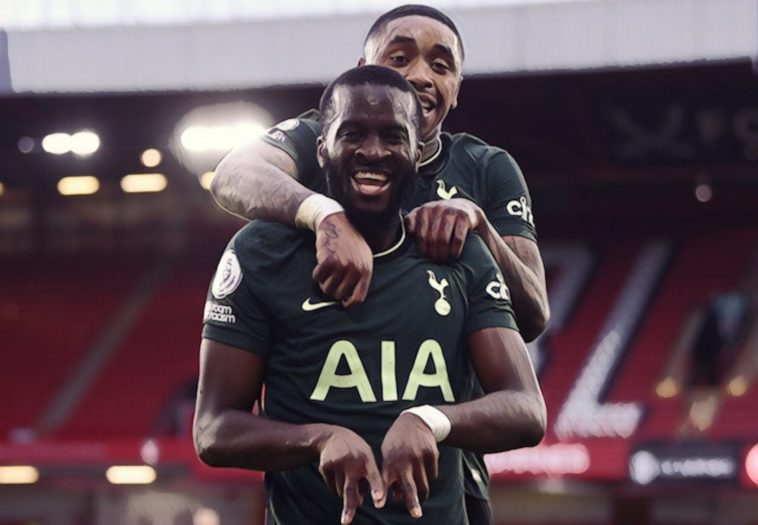 Football can be a cut-throat business with fans and media alike quick to make judgement calls on struggling players, with stars often written off after a poor period of performances.

There is, however, nothing that quite grabs the attention like a redemption tale and the 2020/21 season has seen several players revive their faltering fortunes in stunning style.

We’ve picked out a number of Premier League players whose careers appeared to be heading nowhere, only to bounce back and establish themselves as key figures for their respective sides.

Here are five players who have turned their careers around this season:

Arguably the biggest renaissance of the current campaign, John Stones appeared to be heading towards the exit door at Manchester City after tumbling down the pecking under Pep Guardiola.

The writing appeared to be on the wall for the 26-year-old following the summer signings of Ruben Dias and Nathan Ake, City’s defensive struggles last season having seen Guardiola look in a new direction.

Everton and Arsenal had been linked with the centre-back during the summer following his struggles to fulfil his potential at the Etihad, Stones’ inability to eradicate the errors that had plagued his game seeing him effectively begin the season as fifth-choice.

What has transpired, however, has been a player reaping the rewards for the hard work he has put into his game, Stones fighting his way back into the starting side and forming a brilliant partnership with club-record buy Dias.

Man City's record when John Stones and Rúben Dias start together this season:

Dias’ steel has perfectly complemented the footballing ability of Stones with the duo having conceded just once in 11 games together this season, an almost impregnable partnership laying the foundations for City’s title challenge.

Stones’ improved decision making has seen him reborn this season and he is undoubtedly England’s best centre-back option on current form, Gareth Southgate likely to be delighted with the star’s turnaround ahead of this summer’s European Championships.

Another defender who has bounced back from a difficult spell to become the bedrock of his side, Jannick Vestergaard’s future at Southampton was questioned this summer following the Saints’ signing of Mohammed Salisu.

Vestergaard has struggled to cement a position as an automatic starter last season and looked set to play an increasingly peripheral role, only to find his form and become an undisputed selection in Ralph Hasenhuttl’s ambitious outfit.

The towering Denmark international has been a dominating presence aerially and a fundamental part of Southampton playing from the back, his accurate long passes forward a trademark of the club’s attacking play.

The 28-year-old ranks second in the division amongst all centre-backs for aerials won per game, whilst only Kurt Zouma has scored more than his three goals amongst central defenders.

Vestergaard’s blend of domineering defending and progressive passing have seen him make a remarkable resurgence at the heart of the Southampton defence, and Hasenhuttl will be desperate for the Dane to make a swift recovery after missing the past four fixtures with a knee injury.

Tanguy Ndombele’s career appeared to be at a crossroads less than a year ago, the midfielder having struggled to make an impact since signing for Tottenham in a record deal and publicly lambasted by his own manager.

Jose Mourinho said his side ‘didn’t have a midfield’ following an ineffective display from the Frenchman at Burnley in March, hauling off the summer signing at half-time with the north Londoners trailing at Turf Moor.

Mourinho’s damning indictment of the star appeared the end of the road for Ndombele, though he has shown character this season to work hard and force his way back into the Portuguese’s plans.

The form and fitness issues that the France international suffered last season have been replaced by a number of dynamic performances, the 24-year-old’s ability to turn sharply and drive forward offering a different dimension to the Spurs’ engine room.

Ndombele was monitored by several of Europe’s biggest sides before heading to north London and it appears he may now be starting to fulfil that potential, offering Mourinho’s midfield a much-needed x-factor.

Luke Shaw appears to have been written off on more occasions than we care to count, but the Manchester United left-back is one again flavour of the month after a string of strong showings.

The summer signing of Alex Telles has provided the 25-year-old with serious competition and he has responded to the threat in fine style, his fitness levels excellent and his performances ever more encouraging.

Shaw was outstanding during the goalless draw with Liverpool last week as he nullified the threat of Mohamed Salah, pocketing the Egyptian in fine fashion whilst offering his own forward threat with surging runs forward.

After six seasons of false dawns and setbacks could this now be the time Shaw establishes himself, his performances in recent weeks consistently excellent and increasing his chances of an England recall.

Shaw became somewhat of a scapegoat during the Jose Mourinho era with the manager rarely afraid to berate the full-back, but with the faith of Ole Gunnar Solskjaer and a new-found maturity to his game he has gone from maligned figure to important asset.

Karl Darlow had not made a Premier League appearance for more than two full seasons before the current campaign, but the goalkeeper has – quite literally – grabbed his opportunity with both hands this season to establish himself as Newcastle’s number one.

An injury to Martin Dubravka opened the door for Darlow this season and he has seized his chance, producing a series of excellent performances to raise talk over a potential England call up.

Darlow has been one of the Premier League’s busiest goalkeepers this season but has rose to the challenge, with only Sam Johnstone and Alphonse Areola having made more saves across the division.

It’s remarkable to think that Darlow’s big breakthrough has come at 30-years-old and six seasons into his Newcastle career, but after years spent as an understudy he has stepped out of the shadows to prove his worth.

Newcastle supporters have raved over his shot-stopping abilities and his performance levels have kept the Magpies clear of the relegation places for now, though he will need to remain at top form following a worrying run of results.