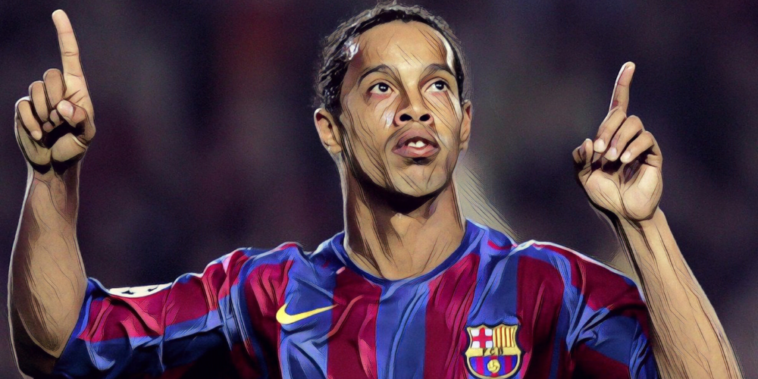 Has there ever been a more fun player to watch than Ronaldinho?

The brilliant Brazilian waltzed into Barcelona during the early 2000s and had a transformative impact upon one of world football’s great clubs, taking a side in need of inspiration to the pinnacle of club football.

Ronaldinho was arguably everything that is great about watching football; expressive, expansive and a footballer capable of performing moments of skill that others could not even contemplate.

He arrived from Paris Saint-Germain and helped Barcelona to two league titles and the Champions League, winning the Ballon d’Or in 2005 and winning consecutive FIFA World Player of the Year awards.

Ronaldinho at his best was box-office viewing with his footwork often resembling witchcraft, but perhaps the joy in which he visibly showcased when in possession is what truly cemented his lasting legacy.

His best was brief but entirely unforgettable, a player who changed the course or Barcelona’s history forevermore.

Here is Ronaldinho’s brilliant performance against Real Betis from 2006, the number 10 in an unstoppable mood as the Catalans secured an emphatic 5-1 in at the Camp Nou.